A Self-Reg Look At The Broken Internet: Our Day Without Wifi 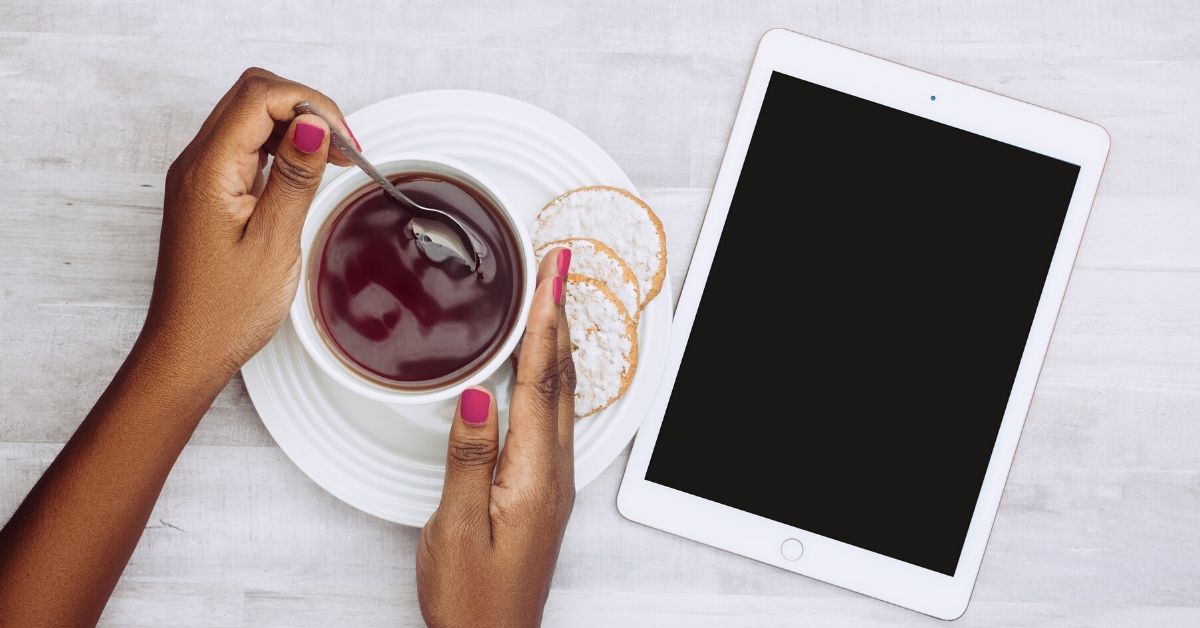 Yesterday started as my day often does, beginning to get materials organized for the week and setting up the classroom space prior to the start of Before Care. Soon after I started though, I noticed that some of our butterflies emerged. On Friday, we had two butterflies, but today, we had around 15. Amazing! I knew that my teaching partner, Paula, was concerned about some butterfly deaths, so I thought that I would text her a picture of this major metamorphosis. I snapped a photograph and pressed “send,” and then continued the classroom set-up. I went back to look at my iPad about 10 minutes later, and I noticed that there was no message from Paula. That was strange. I opened up the iMessage App to see if I missed anything, and I noticed that the photograph still hadn’t sent. Why? I began to check my email, Twitter, and Instagram apps, and while my iPad was showing a wifi signal, it was not connecting to the network. That’s when I asked the Before Care instructor if she could get wifi, and she wasn’t having success either. Oh no!

While we’ve had Internet issues before at school, usually the problems are resolved quickly. It turns out that this was a problem that affected around 30 schools. The Board was on it, but it took almost the whole day to fix. As many people know, I don’t have a Smart Phone, so I rely on wifi. The lack of the Internet was incredibly dysregulating. Looking at this problem through the Five Domains, I could see lots of different connections.

Biological Domain – I escape through my iPad. With no full wall between our classroom and the one next door, noise is a reality. Yesterday was a no prep day, which means that I’m in the classroom almost all day long. On these days, I tend to leave over the lunch hour, and I use the time to read blog posts, upload documentation, and enjoy a little quiet with the help of my iPad. But I couldn’t do that today! I did end up leaving the classroom for the first nutrition break, but I went to the staffroom to talk. There were only a few people in there, since most of the school was on a field trip to the Canadian Open, but it was still a case of leaving noise and walking into more noise. Instead of going back to the classroom feeling refreshed, I went back there needing to stop, observe, take some deep breaths, and ground myself before connecting with kids.

Emotional Domain – We are in the midst of the two busiest weeks of the school year. Report Cards and Communications of Learning are due into the office on June 14th, class building for next year happens soon, and final assessments are due shortly. Paula and I are also moving schools for next year, so packing and organizing gets added on top of Crazyville. 🙂 Emotions are definitely running high right now, and to try and keep myself calm and give myself more time for what needs to get done, I try to maximize my working time at school. This means reviewing and uploading documentation, but without a wifi signal, I couldn’t do that. How would Paula drop me her recordings? How would I get everything done tonight? Why was I continuing to see a signal on my iPad, but not able to actually do anything online? I was incredibly frustrated, and I could tell that the lack of wifi was weighing in on my emotions.

Cognitive Domain – I like to see myself as pretty tech savvy. I know how to work different devices and programs, and educators often come to me for support. Now I don’t know the inner workings of networks, but I do have a few trouble shooting techniques that often work, such as hard resets, turning networks off and on again, and shutting down programs and trying again. Since I’m the first teacher at the school every morning, I didn’t have many people to connect with to figure out if this Internet problem was mine alone or beyond that. So as I stared at a signal that appeared on my device but a lack of a successful connection, I started to wonder, what am I doing wrong? Why can’t I fix this? Both questions only served to increase my stress level.

Social Domain – I connect with many people through my device. Through emails, texts, and Twitter messages, I’m constantly in contact with others. Parents email me to let me know about pick-up plans and absences and other educators text, tweet, or email me with information or other resources that I might need. I like to keep my inbox numbers low, and all I kept thinking about was the filling number of unread messages. I also look to these connections as positive experiences during my day, and I missed connecting with others. When I saw kids away, I wondered, should I know about this already? Is everything okay?

Pro-Social Domain – While there was definitely a lot of chit-chat around the school about the broken Internet, most people adjusted quickly to the change in plans. How did they seem so calm when I felt so stressed? I think that I was missing the empathy that comes with others knowing how you’re feeling.

It was actually two great interactions that changed things for me yesterday. When I walked out into the hallway during the second nutrition break, I ran into our principal, John. He is always so calm and positive, which is why I was surprised when he admitted his stress over not being able to get online. Hallelujah! I wasn’t happy that he was stressed, but I was happy that I wasn’t the only one that felt this way. John knew that he was dysregulated, and I could openly and honestly admit that I was feeling the same way. We connected. And while this connection didn’t solve the problem, sometimes knowing that you’re not alone is the best solution of all. I could go back into the classroom realizing that others were also feeling the angst of not being able to connect and we could all get through it together.

My other great interaction was with Paula. I mentioned that I might go out on the second nutrition break if only to have 20 minutes to reply to emails and see if there were any urgent messages for me to respond to. Paula knew that heading out — especially during Golf Week when traffic is a nightmare — might cause my further stress, so she created a hotspot instead. I didn’t upload any documentation, but I at least spent 10 minutes catching up on messages, connecting with some educators and parents, and feeling the calm that comes from a normal routine. I rarely want a cell phone with data, but yesterday, might have been one of those days when a Smart Phone sounded appealing. 🙂

Best of all though, when the day came to an end and Paula was going to hook me back up to her hotspot to drop me some documentation from the day, I noticed that the Internet was up again. Wahoo!! Order and normalcy have returned. We talk about the benefits of routine for kids. A lack of Internet showed me that routine is just as valuable for adults. Maybe we shouldn’t rely so much on our devices, but a lack of accessing the wifi yesterday, showed me that my iPad plays many important roles in my Self-Reg. What about yours? Could you make it through the day without the Internet, and what impact might if have on your ability to self-regulate?