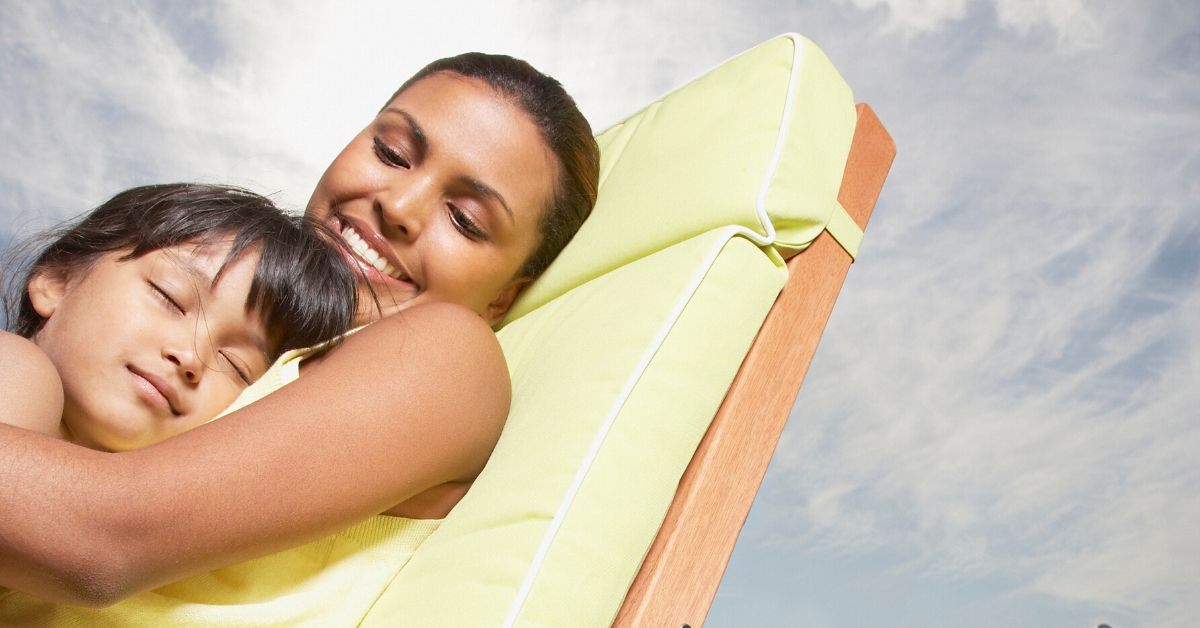 Parents are forever asking us: “Can Self-Reg help me with my child’s challenging behaviours? Nothing I say or do seems to help.” Self-Reg will indeed make a difference—a huge one—in dealing with problems like explosive behaviour, aggression, defiance, tantrums, persistent crying, bouts of frenzy and constant arguing. But to address these issues we need to learn about the crucial distinction that Self-Reg draws between Blue Brain, Red Brain, and Gray Brain. Blue Brain Red Brain balance is the key.

This way of thinking goes back to Paul MacLean’s Triune Brain hypothesis that three different brains evolved in different epochs to serve the needs of radically different kinds of species. The oldest brain is the Reptilian. It was designed for solitary creatures to regulate their motor actions and metabolic functions and keep them safe when threatened. In Self-Reg, we refer to this as Gray Brain.

Next in MacLean’s model was the Paleomammalian brain, or in Self-Reg, the Red Brain. This brain developed to deal with the complex demands of social existence: raising babies, primitive emotions, relationships with group members, spotting enemies, kicking the Gray Brain into action when spotting threats, and remembering these occasions for future reference.

Finally, there is the “neocortex” or the new brain. It supports our ability to think, plan, listen, speak and be consciously aware of what’s going on inside and around us. This is what we refer to in Self-Reg as Blue Brain.

Self-Reg and the Triune Brain

Self-Reg draws on MacLean’s Triune model because of the light it sheds on the difference between rational, irrational, and non-rational behaviour. The key for parents struggling with any kind of behaviour that they find challenging is to consider whether their child is in Blue Brain/rational, Red Brain/irrational, or Gray Brain/non-rational. This can help us understand which neural processes are dominant, and how to respond accordingly.

Blue Brain and Red Brain processes are inextricably intertwined. The question is not, which one of these brains is “switched on or off” but rather, which is dominant. So much emotion permeates our thinking; so much of our thinking influences what we feel. Swing too far in one direction and we don’t feel anything. Swing too far in the other and what we feel is overwhelming. If one were searching for a suitable metaphor here, it would be that of a teeter-totter, rather than a heating system in which either the furnace or the AC is on.

Why is it “balance” that we should seek, and not, as many often think, absolute Blue Brain dominion: i.e., self-control? The answer: children are at their most curious and receptive when Blue and Red Brain are working smoothly together. Energy expenditure and recovery finely counter-balanced each other. This promotes, not just digestion, cellular repair and a robust immune system, but emotion and social co-regulation, cognitive and prosocial development.

Each brain serves as a “brake” on the other. When a child goes “into Red Brain,” the teeter-totter gets stuck on hypo- or hyperarousal. This is where strong primitive emotions rule and the Blue Brain is left with its feet dangling in the air. However, we can avoid this by self-distraction or “reappraisal.” These are Blue Brain functions that can turn off the limbic alarm or help us to resist a harmful temptation.

At the same time, the Blue Brain can be an energy hog. So a system deep inside the Red Brain, that monitors blood glucose levels, will shut down a Blue Brain activity when it doesn’t have enough sense to do so on its own. The Blue Brain is the seat of internal and external awareness, but the Red Brain can tamp this down when it’s beneficial to do so (e.g. on a long portage).

In other words, well-being requires both “brains” to work together and not against one another. Blue Brain without Red Brain is Data in Star Trek. Red Brain without Blue Brain is, well, a child with challenging behaviours. The secret to dealing with the latter is to avoid sending your child into “cacostasis”: i.e., a Gray Brain, non-rational state of fight, flight or freeze. And that is where Self-Reg comes in.

The Role of Self-Reg

Self-Reg helps us recognize the signs that tell us when children are slipping out of the zone of optimal arousal (the “Window of Tolerance”): that is, out of Blue Brain Red Brain balance. Being able to know when this is happening, and why, enables us to “move the child’s fulcrum.” She then finds stress invigorating rather than overwhelming. That is, she is sufficiently aroused to deal with a challenge but not so aroused that she shuts down or becomes manic.

Children and teens will eventually have to learn how to “move their fulcrums” on their own. But mastering the art of self-regulation is much more challenging for some children than others. That is the real significance of “challenging behaviours.” And that’s why Self-Reg makes such a huge difference in how we respond.