Coronavirus Conversations: A Message that All Teens Need to Hear 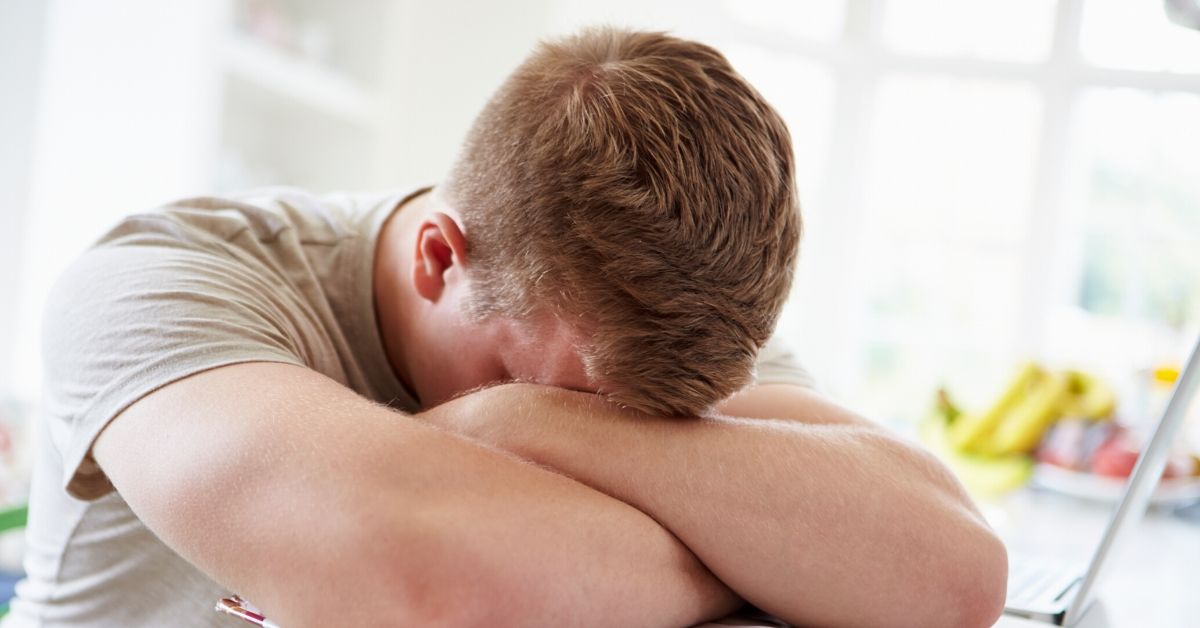 My goal in these “Coronavirus Conversations” is to relate Self-Reg ideas to various things that my family and I are going through: partly to share, partly to further my own learning. And the perfect example occurred the other day in a conversation I had with our teenage son.

It felt a little like playing whack-a-mole. It started with a complaint, which I answered, followed by a second complaint, which I patiently answered, and so on until we got to #6. At which point we circled back to #1. Rather than getting sucked into what was ominously starting to look like an infinity loop, I paused and, in a flash, had an epiphany: I was dealing here with just the sort of negative script that I had worked on several decades ago.

Script theory was developed by Roger Schank and Robert Abelson back in the 1970s. Their idea, building on earlier AI work, was that we use scripts – basically, programs – to process language and new pieces of knowledge. The idea of a negative script is that the mind is overtaken by a “Marvin program,” which I named after the depressed robot in A Hitchhiker’s Guide to the Galaxy. That is, different worries get slotted into a program that is designed to see the worst in any given situation.

The therapeutic significance of this idea is that, rather than responding point-by-point to the grievances of the day – i.e., playing whack-a-mole – we try to shift someone from a negative to a positive mindset: just the sort of thing that Sonia Lyubomirsky has shown is so important for wellbeing [The How of Happiness]. It is the program producing a worry-cycle that should be our primary concern; the details aren’t nearly as significant as one might think. The problem, however, as anyone who has personally struggled with this phenomenon well knows, is that negative scripts are impervious to willpower: you cannot simply choose to ignore or suppress a negative script. As hard as we might try, it refuses to listen to the voice of reason. Especially in the case of a teenager.

Each of the steps in my son’s negative script was prefaced by an “I can’t” that was related in one way or another to the severe constraints of social distancing. I was tempted at first to respond: “It’s only just a few more weeks and then we can get back to normal.” The problem is, we simply don’t know whether that is the case. We are in a state of limbo dominated by grim news and dire social and economic forecasts. We are long past the point of resorting to denial or wishful thinking. Instead, we need to deal with today’s reality as best we can, supporting each other as best we might.

But how does one say this to a teenager, bearing in mind all those aspects of the teenage brain that have become so familiar in recent years? The fact that, with a PFC that lags behind their brain’s maturational curve, they are prone to feelings of invulnerability, have a somewhat limited capacity to process risk, a heightened vulnerability to social stress, and a neurobiological need to be with peers in order to manage that stress. The truth is, just as I find it hard to project what the future might bring, I find it hard to grasp how stressful all this must be for teens.

The one thing that is clear, however, is that negative scripts are very negative – for all of us! Arguing with a negative script is both exasperating and exhausting – and ultimately, fruitless. But the deeper problem is how the script skews a teen’s perception of reality and drains both their energy and motivation. Stuck in the bottom-right quadrant of the Thayer Matrix, they cannot see their way back to feeling energized and happy. They don’t feel in control of their own minds, let alone their behaviour.

And that, of course, is where Self-Reg enters, by managing and not succumbing to stress. Slowly climbing back up to the upper levels of the Thayer Matrix. You might be tempted to believe that all we need tell a teen is: You are free to think what you please, be positive if you so choose. But negative scripts teach us otherwise. Negative scripts operate beneath the threshold of consciousness and outside the arena of choice. They are limbic, the product of social forces that have left one feeling helpless and hopeless.

It is not just the anxiety epidemic, but the fact that life satisfaction has plummeted amongst teens that tells us we are dealing with a veritable explosion of negative scripts. Proof that a large number of teens are struggling to stay positive in a world that leaves them feeling anything but. Indeed, a social world that tells them every day, in so many ways, that they are inadequate. And that is the key.

Negative scripts are not some sort of internal glitch populated in an isolated mind that is struggling to make sense of reality. Negative scripts are socially programmed. Subjected to all manner of threats, being and not just feeling isolated, bombarded by role-models that one has little hope of emulating, a negative script develops that, whatever the circumstances, results in a Marvin state of mind.

But in front of our eyes we can see a new social phenomenon emerging. Celebrities attempting to send messages of comfort look no different than the rest of us; possibly worse. In their place, we are witnessing the emergence of a new group of heroes. An image the other day of young Italian health workers keeled over in exhaustion after an 18-hour shift reminded me of what Churchill said after the Battle of Britain: “Never in the history of mankind has so much been owed by so many to so few.”

It will take a massive social transformation to shift all the negative scripts to positive. A world in which, like those teenage pilots who saved Britain — and indeed the free world – teens must save us from our own worst follies. That is what I ended up telling our son. Our family needs him to continue practicing Self-Reg, not for his sake, but for ours. And it was hearing that simple truth that, at least for the moment, abruptly stopped the loop. That showed him what his mother and I have always known: that we are the ones who depend upon him and his sister, and not the other way round.

That’s definitely a message that all teens need to hear.