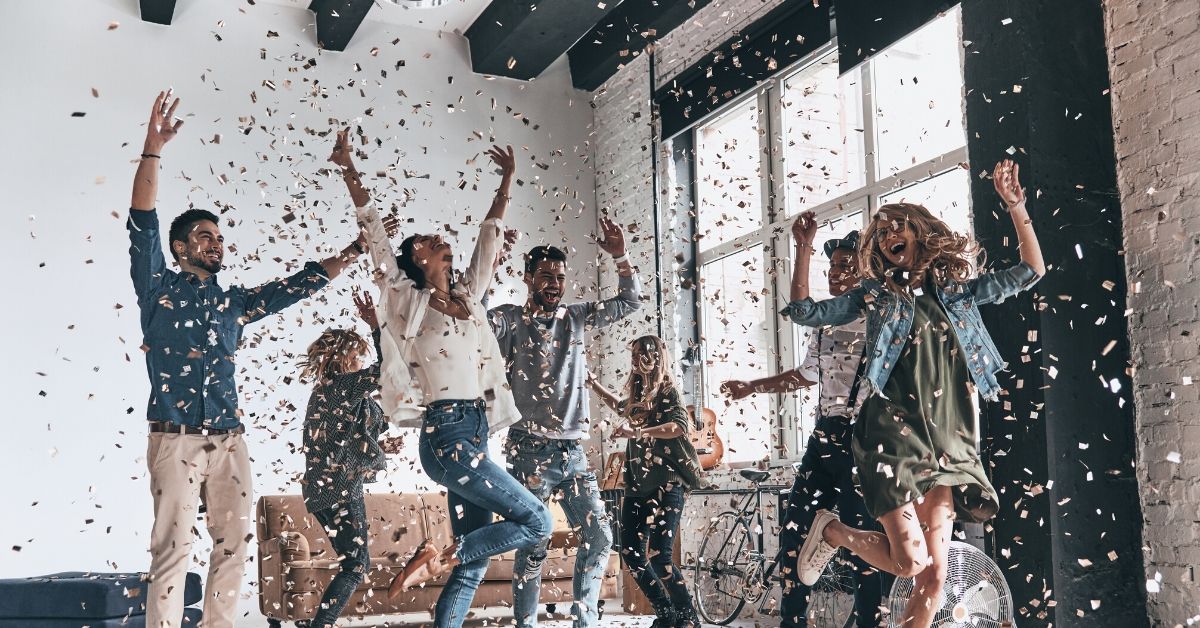 I wanted to share today the series of emotions that I went through when I read and thought about the corona partiers. First I felt anger. To paraphrase Jean Twenge’s point about the iGen (the “internet generation”), it is tempting to see corona partying as the hallmark of the “I”Gen. Young adults with no sense of “we” instead of “me.” How dare they be so thoughtless when this can harm others. This isn’t just misguided: it is immoral.

The problem with this moralistic reaction is not only that it leaves us deeply unsettled, but “How Dare They” rarely changes anyone’s behaviour. If anything, it seems to further entrench it.

The bigger problem with moralism is that it automatically responds with should instead of why. It is ultimately a maladaptive mode of responding to the stress, insofar as it closes us off from probing deeper. And if there were an issue that merits deeper probing this is it.

I think it’s fair to say that the corona partiers must be in Red Brain. The Blue Brain functions needed to process the gravity of the situation, plan for the future, exercise self-control, think about the possible consequences of their behaviour for their own parents and grandparents, let alone for other at-risk members of society are muted. I strongly suspect that they are over-stressed, perhaps because of a heavy stress-load they are carrying day-to-day, and/or because of the stress of the moment: social distancing, threats to their education or jobs, or simply, having to miss their yearly Dionysian revel. (To point out that binge drinking or mindless promiscuity are maladaptive is barely worth mentioning.)

There is always a history as well as a context as to why an individual or a group is in Red Brain. That is the whole point of polyvagal theory. One of the most profound aspects of Porges’ theory is that vagal tone is not just a measure of what’s happening in the moment, but what has gone on before.

In Self-Reg terms, one of the more striking findings that Felitti and Anda made in the original ACE study was that the limbic system operates on something like a tennis model. i.e., the individual returns what they’ve been served. You protect if you’ve been protected. Those who have experienced social engagement provide social engagement. An empathetic response is wired into the limbic system. Conversely, stress builds inexorably in the individual who lacks this template – who automatically turns to more ancient brain mechanisms to deal with stress. Hence the low vagal tone.

The point is, it is not at all unusual to see children who have not felt safe and secure growing up suffer from an empathy deficit as adults. That is, young adults who have been exposed to two decades of insensitive interbraining respond by partying: a point that applies to all of the adults they have interacted with. For many of them, their present insensitivity has absolutely nothing to do with how they were raised; the problem lies elsewhere, in society at large.

As I thought about this last point, I began to feel another emotion: sadness. Perhaps at least part of the explanation of the corona partiers’ behaviour lies in the nature of a society that could even contemplate the proposition that “the cure might be worse than the problem.” In other words, a society that values prosperity over the sanctity of life and the preciousness of its elders. It is no wonder that I felt sad. But where anger leads to conflict, sadness leads to resignation. Neither leads to constructive problem-solving.

Now more than ever, we need to be positive and proactive. The first step is to recognize that an individual or society in Red Brain is prone, not just to a collapse in empathy, but to maladaptive modes of self-regulation: Denial, magical thinking, no thinking, and for that matter, immorality. Not “immorality” in the moralistic sense alluded to above, but in the same sense as when I look at irrationality in Reframed: i.e., the absence of moral doubt and hesitation. For Self-Reg, the “moral sense” is not about thou shalt not; it is about should I? About the “small inner voice” that tells us to pause and reconsider.

As I thought about this last point, I began to feel another emotion. Immoral currents have been swirling around the past few years, gaining force. Perhaps we are now finally being forced to confront what is ultimately the bedrock issue: The sanctity of human life. All human life. And counterpoised against these negative incidents are countless examples of altruism, bravery, and compassion. The caremonger movement that is surging across Canada. Which leads me to my present emotion.

What I am feeling now is hope. I find that I am more resolute than ever. I am able to look at the behaviour of the corona partiers, or the hoarders, or the public figures who do not venerate human life, with a renewed commitment to Self-Reg. Instead of being angered or saddened, I am motivated to work harder than ever. Because I am not alone.

Nothing could be more inspiring than to see the “I-Gen” turning into the “We-Gen” before our very eyes.