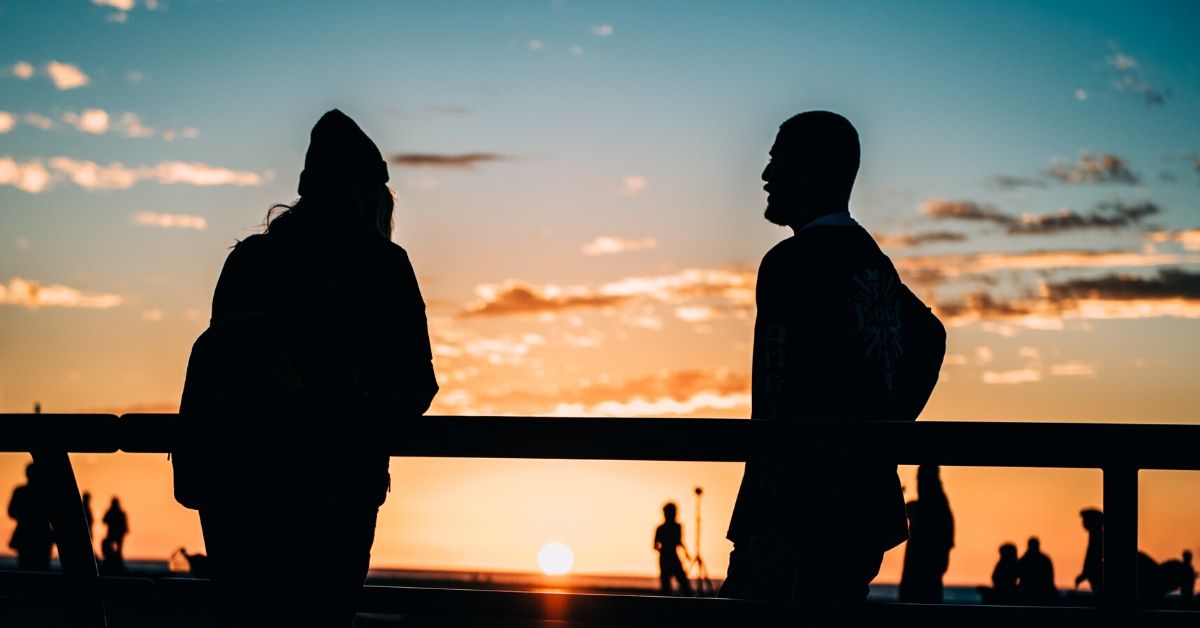 I am always asking Why. Even when the answer seems obvious, I’m driven to see whether it’s possible to delve deeper. Which is how I feel about those who are so eager to relax social distancing. Granted, their political machinations are as clear as could be, as is the self-interest. But I can’t help wondering if there is a deeper reason why anyone would suggest that the Covid-19 death toll might be “the lesser of two evils” as compared to the harm being done to the economy.

The answer, I would like to suggest, is that we are undergoing the sort of seismic shift that, in my last Coronavirus Conversation, I referred to as the disruption of an Attractor.

An article by Calum Marsh in the National Post (April 14, 2020) got me thinking about this point:

We have to engage in a bit of anthropology to understand the magnitude of the “disruption” implicit in this article.

In her 1946 book, The Chrysanthemum and the Sword, Ruth Benedict described what she saw as a fundamental difference between collectivist (Far East) and individualist (Western) societies. Benedict suggested that collectivist societies are “shame cultures,” whereas individualist are “guilt cultures.” Shame is a public emotion: the acute embarrassment one feels if caught acting in a way act that breaches a communal norm. Guilt is a private emotion. It’s not the group’s standards that trouble us, but our own. Not social calumny that haunts us, but our own inner voice.

On this reading, the early 19th century migration that I mentioned in my last blog, from village to city, marked the start of a gradual transition from a shame to a guilt culture (as noted by de Tocqueville in Democracy in Americaand Dickens in Martin Chuzzlewit). A “pendulum view” is obviously far too simplistic to capture the subtle nuances of Victorian society, which in some ways remained the epitome of a shame culture (as depicted so powerfully by Emily Bronte and George Eliot.) But the Industrial Revolution set in motion a tectonic shift, and we have been growing increasingly individualist ever since. Until, perhaps, now.

There has been a resurgence of shaming in recent years, as seen most notably in the Me-Too movement. Are we witnessing a quantum leap in this direction in our communal reaction to the coronavirus? Is quarantine-shaming a sign of the collectivist mindset that was starting to take hold even before the onset of the pandemic? And is this the reason why some are opposed to social distancing: i.e., it is “not just the economy stupid,” but a rearguard resistance to the culture-shift taking place?

The background to understanding why collectivist thinking has been growing is that we are living in an age dubbed the Anthropocene, so named to recognize the devastating impact that humans are having on the ecosystem (causing the Earth’s “sixth major extinction”). There has been some debate as to its starting date, but the overall consensus is that the Anthropocene began in the 1950s with the fallout from atomic bomb testing.

We are faced with so many dire ecological calamities that, in 2017, the American Psychological Association warned of a growing epidemic of eco-anxiety: “a chronic fear of environmental doom,” causing the same sorts of symptoms that characterize an anxiety disorder. That is, panic attacks, sleeplessness, loss of appetite, agoraphobia, poor concentration and impaired memory. Part of the appeal of Trumpism is the power of denial; but part also is the manner in which it has met this pervasive anxiety by appealing to the way of thinking that is engrained in a guilt culture: namely, it is up to individuals, not the State, to decide whether or not to buy a gas-guzzler.

While our attention has been focused on the latest public relations extravaganzas emanating from the White House, the Administration has methodically set about dismantling the regulatory controls put in place to try to contain the damage being wrought to the eco-system. Of all the reports I have read on this topic, by far the most chilling is this one put out by the Brookings Institute:

This current list (published April 8, 2020) records a stunning – a mind-numbing – 227 actions, all intended to roll back the regulations introduced in recent years to protect the environment. What is most striking is how little protest there has been. Even rolling back emissions controls was met with barely a whimper despite everything we know about the effect of pollution on early brain development. To be sure, a large part of the reason for the muted public outcry is that we have something far more pressing to contend with – which renders it all the more striking that this measure was announced on March 31, when all attention was focused on the pandemic. But viewed through a glass darkly, we can glimpse the stresses created by a tectonic culture shift.

The approach by the Trump administration to the pandemic is no different from its approach to all the other major ecological crises that we now face. It is not just the issue of “No data no problem.” Even more important is that fact that, at bottom, we are witnessing a direct attack on collectivist values: to the point that many are prepared to echo the idea that “the cure may be worse than the problem.”

The one thing that Trump has made absolutely clear is that he cannot be shamed. That is not to say that he exhibits alexithymia; he clearly responds emotionally to the attempts to shame him. But the emotion he displays is anger, not embarrassment (which is one of the reasons that he is frequently described as narcissistic). It is not just shame, however, but shaming that has been vanquished in at least part of Trump’s America.

The problem, however, is that, as Jacqueline Jaquet demonstrates in Is Shame Necessary?, the major ecological problems that define the Anthropocene – and, as we now see, the pandemic — cannot be solved with voluntary action: “Because most people will not volunteer. It has to become government policy.” That is, guilt can only take us so far; for not all feel the same – or any — guilt. As we see in the Coronavirus Partiers.

It is a point that I have struggled with myself, as I look at the remarkable impact of The MEHRIT Centre and where we go from here. We have attracted individuals who I am quite sure would all score high on Mosher’s morality-conscience scale. They are driven by their inner voice to learn as much as they can to help children deal with the mounting stresses of modern life. Not surprisingly, this heightened moral conscience leaves them vulnerable to strong feelings of guilt: perhaps about some of the things they have done with their own children or students in the past; or personal struggles they have had.

There is a famous line by Obama in his Dreams from my Father that “A healthy dose of guilt never hurt anybody. It’s what civilization was built on, guilt. A highly underrated emotion.” I suspect that he is perfectly right. (I used to joke, back in my university days, that my major was in Philosophy and my minor in guilt.) But prolonged guilt is punishing, not just emotionally, but also physiologically.  Studies have shown (e.g., by measuring cortisol) just how stressful guilt is, and why it is so important to let it go.

That is the whole point of the paradigm-revolution on which Self-Reg is based. It is only because of the scientific advances that have occurred over the past generation that we feel guilty about our parenting, or teaching, or lapses in empathy. But it is those same scientific advances that enable us to let go of this guilt: by becoming aware of the biases that we have inherited, or the hidden stresses we have been under, or the subtle techniques that are used to manipulate our thinking. But most important is how we move beyond guilt by working to help society at large understand the difference between self-control and self-regulation, misbehaviour and stress-behaviour, empathy and self-interest.

For some time now, I have been guided in my thinking about the future of TMC by Meade’s Maxim (and whether Meade herself actually said this is irrelevant): “Never doubt that a small group of thoughtful, committed citizens can change the world. Indeed, it is the only thing that ever has.” Ultimately, we move past guilt by aiding the shift from an atomistic to a communal mindset. We help to transform the private into a public voice, the personal into a communal norm. We strive for a society in which everyone shares the same concern about the harm being done to others: whether it be by acting in a way that spreads the virus, or in a way that harms a child.