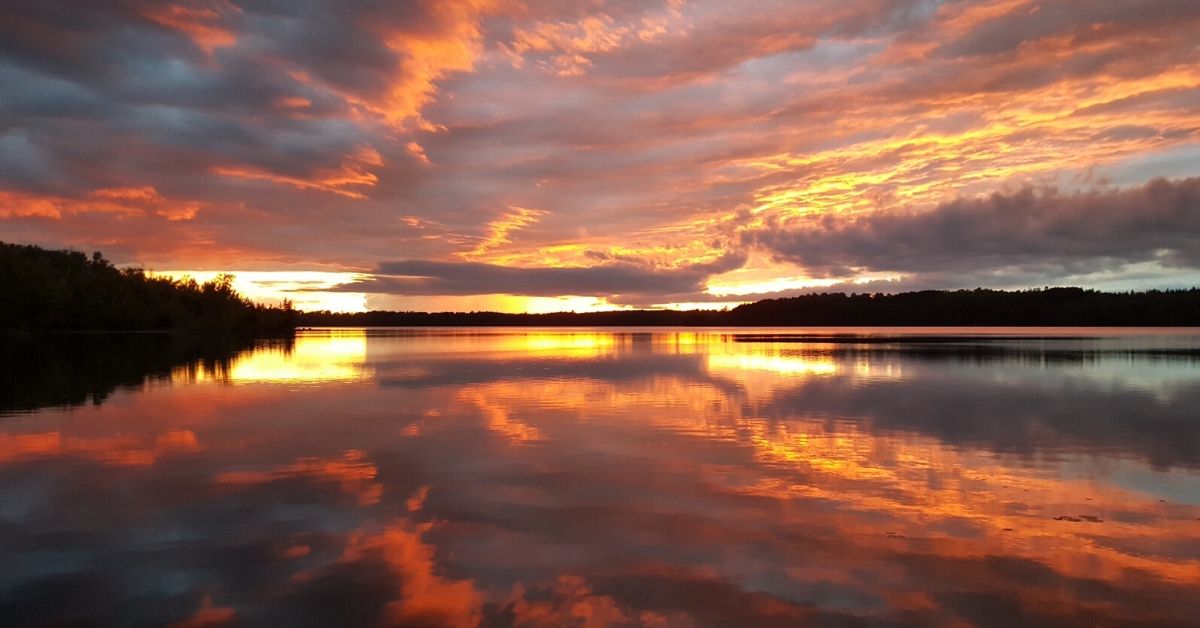 This seems to be happening to me quite a lot these days. Susan asked me a question during a filming session that seemed innocuous enough, but in fact, pushed me to think hard about a core Self-Reg concept. The short version of her question was: “What is the difference between the Self-Reg and the mindfulness view of calmness?” The longer version of the question: “What all is going on in Step 4 of Self-Reg?”

The answer is: quite a lot. In fact, I think of Step 4 as involving a number of mini steps, all of them involved in, leading up to, and back from reflection:

Calmness refers to the sense of stillness one experiences with tension released and an agitated mind soothed. That is the view of calmness that one encounters in the mindfulness literature, which I find both theoretically powerful and personally rewarding. As Kabat-Zinn and Davidson have shown, great benefit – both physical and mental – is afforded by “quieting the surface of the mind.”

Kabat-Zinn returns to this metaphor in Wherever You Go, There You are: “Without calmness, the mirror of mindfulness will have an agitated and choppy surface and will not be able to reflect things with any accuracy.” The sure sign that we’ve entered the realm of metaphysics is when someone resorts to metaphor to explain a phenomenon. By no means does this entail, as the Logical Positivists would insist, that there is something suspect about the mindfulness view of calmness. To be sure, we can image the brain of someone in a calm state; but observing a drop in cortical arousal tells us nothing about what that subject is feeling. The point is simply that we turn to poetry when prose can’t evoke the quality of an experience.

Calmness as thus conceived is a passive state. This is the “river of experience” that Sri Sri Ravi Shankar describes in which, emotionally detached, we watch as the flotsam and jetsam of our stream of consciousness gently flows by [https://youtu.be/6-V9inj2bDo]. For Self-Reg, calmness is not simply marked by the absence of negative emotions; it is the source of a flood of positive emotions: empathy and sympathy, kindness and compassion, benevolence and altruism. And it is these positive emotions that propel us on.

The less we are fixated on intrusive thoughts and worries, the more aware we become of what is happening inside and around us. That is, interoception and exteroception are heightened. In Zen writings, this is described as becoming fully present. For Self-Reg, no less important is what happens to our ability to discern what is happening beneath the surface of behaviour: i.e., to sense that another is over-stressed. This form of awareness is like the feeling that something threatening is lurking in the shadows: a presentiment, not yet a conscious thought.

We refer to this feeling as one of empathy or limbic resonance, what Eric Haseltine describes as a sixth sense: a form of “knowing without knowing.” It amounts to a pre-conscious awareness that someone is over-stressed. Or for that matter, a dim awareness that we ourselves are in a similar state. It may seem strange that we can be extremely tense without being consciously aware of the fact; but perhaps the masking of this state was a protective mechanism to deal with Pleistocene stresses where it was essential to keep struggling or to keep going.

Awareness, both pre-conscious and conscious, begins to merge into listening. Unlike hearing, listening is an active process, complex and multi-faceted. It involves focused attention, striving to understand, absorbing, contemplating. In Self-Reg we speak of “listening with our eyes as well as our ears”: paying attention to limbic cues, body posture and movement, gestures, facial expressions, eye gaze, and prosody. We also listen to the messages coming from our own limbic system. In the latter case, there is a movement from neuroception to perception: i.e., turning “knowing without knowing” into “knowing with knowing.” This is as much a matter of inner as external awareness: i.e., listening to what all our senses are telling us.

Now we can begin to ask Why, not as a lament, but as an expression of genuine puzzlement. The “Why’s” that one is capable of asking are always grounded in a conceptual framework. For the self-controllist, “Why” is tied to determinist thinking (“Because the child is genetically wired to behave in such-and-such a way”; “Because the child’s parents were too permissive”). Self-Reg introduces a new framework – that of self-regulation and polyvagal theory – for asking and answering “Why” (“Why is the child over-stressed?” “Why now?”).

Asking Why often serves another function. When dealing with a challenging child or peer, we might have to override our limbic system. We do so in order to avoid a contagion effect that impedes awareness and reflection. This is one of the major benefits of asking Why: it acts as a brake on arousal. We are now in the mental space where we can adopt the reflective stance.

– Perhaps we think about the child, looking at her stresses across all five domains.

– Perhaps we think about what has prompted a reaction on our part that, rather than helping, may be contributing to the child’s difficulties.

– Perhaps we become aware of the mindset that shapes our reactions, and how hard it is to change this.

– Perhaps we internalize, begin to reframe our own behaviours.

Or we do all of the above.

We are now primed to Restore (step 5 of Self-Reg). In the beginning, we may take this literally. For example, consciously lower our tone of voice. But the essential consequence of all the mini steps we have gone through in Step 4 is that we now begin to ask: “Where do we go from here?” More often than not it becomes clear that something has to change. And that is the big lesson for today’s Coronavirus Conversation.

Just saying that something has to change will not make it so, no matter how much we may long for this to be the case. Enduring social change is only possible if the individuals involved have changed. We are talking here about sustained feelings of fellowship, which cannot be coerced. The necessary positive emotions cannot surface if we are agitated; blind to what is happening around and inside us; not just unable but refusing to listen; locked into convictions that block hesitation; self-absorbed and self-serving. If we have learned anything from the Enlightenment revolutions of the 18th and 19th centuries, it is that, unless the storm is followed by a period of calm, the changes that might have been possible are lost.

No amount of lecturing or hectoring will force reactionaries or social distancing refuseniks to think about the common good. But there is no room in Self-Reg for moralistic judgement. Instead, we seek to reframe in order to reconnect and restore. To be sure, we can always see some action as deplorable; but that is a world away from describing the individual committing that act as “a deplorable.” The latter aspersion amounts to the same sort of emotive discharge as describing a kid as “bad.”

Which brings me back to the mindfulness view of calmness. It is both a starting-point and an endpoint. Not just the source of inner peace, but peace in general, and thence, progress. Not just a state of tranquility, but a substrate for change to take root. Which is the point that Susan wanted me to address.

P.S. I wrote this piece a few weeks back, before the onset of the Black Lives Matter marches. So once again I must ask myself, what would I change in what I’ve written here? And in this case the answer is: not a single word.