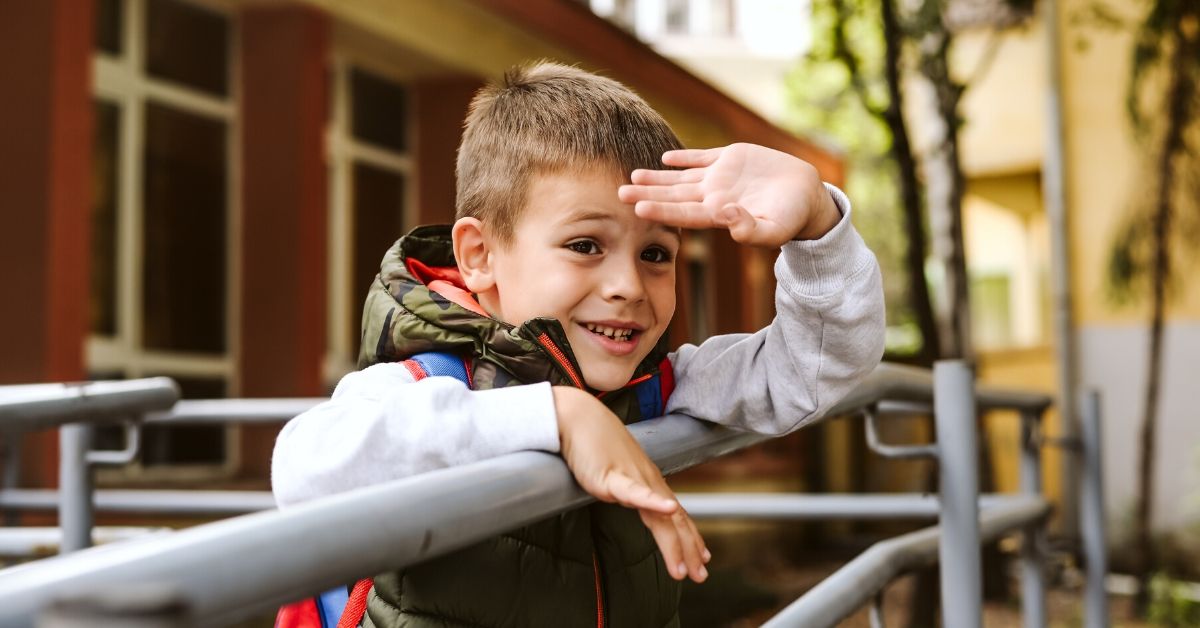 School’s over. And with distance learning for the past three months, and “school” operating through a computer or tablet screen since the end of March, these words seem to take on a very different meaning. My teaching partner, Paula, and I only entered the school building a couple of times since March 13th. We found out last week, that we had some days available to go into the classroom, pack up belongings, and organize the classroom for whatever school environment next year might bring. On Monday, while we were there, a mom came by with her children to drop off a present. Think porch drop-off but in a kindergarten pen instead.

Paula and I were initially nervous heading outside to see the family. How could we avoid a hug goodbye? How could our child? It was amazing to see what happened though. After mom put down the presents, she told her kids to step back so that we could get them, and they did. Then they suggested “air hugs.” Our amazing SK child, showed how to wrap his arms together in the air to pass a big hug off to both of us. I had a Care Bear moment. It’s almost like we’re beaming hugs across the sky to the people standing 6 feet away.

This experience had me thinking, as I wonder a lot about the future of hugs. As a kindergarten educator, hugs are often a big part of our day.

Some of our children are three-years-old when they start kindergarten. Still toddlers. Competent and capable three-year-olds indeed, but ones that often crave that physical connection. For other children, it will have been over 5 months since they’ve last left home. Entered a school building. Looked to an educator or friend for support instead of to a parent. How do we comfort from a distance, and for some of our young learners, will an “air hug” hold as much value as an in-person hug? I learned from Stuart Shanker and Susan Hopkins about the value in that physical touch for some individuals. In the time of COVID, what might the absence of this connection mean from a Self-Reg perspective? What could be a possible “hug replacement?” Over the summer, I’m sure to be doing a lot of thinking about next year.

But on a small, but really important, scale, I’m also going to be thinking about hugs. A September without them in a room full of kindergarteners seems like our first big hurdle to overcome. Many things can be modified to exist six feet apart or on a screen, but is a hug one of them?