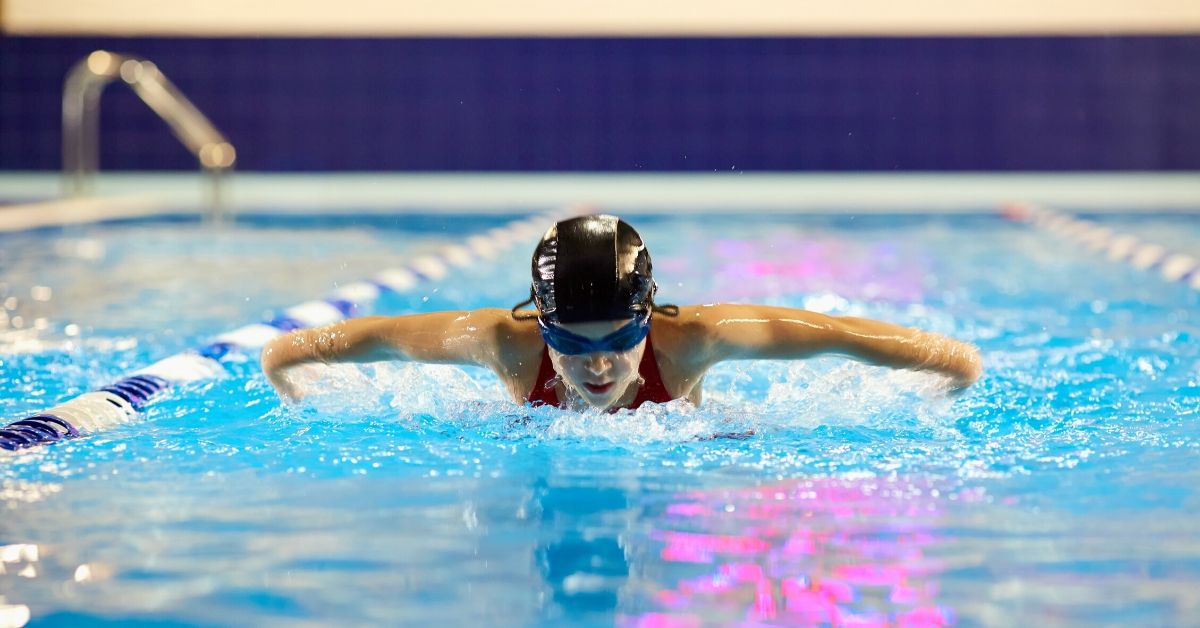 Like everyone else in Canada, I was mesmerized by Penny Oleksiak’s performance at the 2016 Olympics. Oleksiak had already proven that she was a force to be reckoned with at last year’s World Juniors. She was incredible in the 100m butterfly, but what she did in the 100m freestyle was on an altogether different plane.

The announcers kept returning to the point that she was making a quantum leap in her swimming ability right in front of our eyes. It made for pretty dramatic viewing, but then, we see the same phenomenon in any skill-based activity: whether it’s sports, or music, or dancing, or, for that matter, learning how to read. The child may struggle for a while and then suddenly jumps to a whole new level.

Here’s what Bruce Pandolfini had to say about this phenomenon in his wonderful primer, Chess Complete:

The quantum theory asserts that people seem to make periodic and sudden jumps in chess improvement, rather than continuous and fluid ones. Chess education offers peaks and plateaus, and learning the game goes something like this: Let’s say to climb to the next level of skill you must learn a thousand things. If you’ve learned 999 of those things, obviously you should be a much better player than when you knew nothing, but you may not necessarily show significant improvement yet. You still may not be able to implement certain acquired skills, so your overall play appears relatively the same. But add that last piece of knowledge (the thousandth thing!) and suddenly, seemingly inexplicably, you jump to the next skill level. You’ve finally put it all together, and your ability has taken a quantum leap.

But how can we know in advance what that “last piece of knowledge” is? Obviously we can’t, which is why it is so essential that we enjoy practicing something for its own sake and not worry overly about the final objective. But the real question here is: Why would that “thousandth thing,” whatever it is, result in a quantum leap?

The answer, it turns out, is stress: good stress, the kind that we can cope with, that drives a growth spurt. And this point applies every bit as much to what happens in school as to what happened at the Olympic Aquatics Stadium. When we look closely we see that what we call learning is a slow and steady process of meeting new stresses, with lots of plateaus, the occasional step backwards, and punctuated by quantum leaps. What drives these leaps is the child’s desire, and equally, her capacity to deal with a new level of stress.

That’s exactly what happened with Oleksiak. She was confronted with a stress above and beyond anything she’d ever experienced before in the pool: competing against the world’s greatest swimmers on a world stage. Not only was she able to rise to the occasion, but she achieved a personal best – and established a shared world record while she was at it! But as rarified as this example might seem, exactly the same point applies to the child who has been struggling to learn how to read and then suddenly grasps the connection between the squiggles on a page and the words that she hears. Nor should we look at this phenomenon solely in terms of educational achievements; for some kids, just getting on the school bus is a huge accomplishment. We don’t give out medals for this sort of thing, but maybe we should!

The pivotal question in all this is: What makes these quantum leaps possible? The standard psychological response to this question is to resort to personality traits. In Oleksiak’s case we can talk about how, at the age of 9, she was unable to make any of the swim clubs she tried out for because she was unable to swim a length of the pool. But then she got picked up by the Toronto Olympian Swim Team and the rest is history. It’s a story that is all too familiar, and not just in the annals of great sports heroes. It’s the story of how early adversity nurtures a passion to excel and the internal strength to dig deep and discover untapped reserves. But then, that leaves us with the unexplained question of why adversity would nurture grit or resilience in some children but negativity or fearfulness in others.

There is never one simple or single factor. In Oleksiak’s case, we could talk about the role her family played (speaking as the dad of a swimmer, I know just how big a role that is!), or her swim club, her teachers at school, her friends and team mates. A proper explanation of her passion for excellence is starting to look like a pretty long list. But what ultimately makes a quantum leap possible isn’t just motivation, coaching, training, and personal supports, but a stable internal platform from which to jump.

This last point brings us to one of the most important aspects of Self-Reg. When we work on a child’s self-regulation we aren’t simply helping her to learn how to cope with her current stress level, as important as that is. We are creating that stable internal platform that makes growth possible: any and all kinds of growth. What this means in biological terms is that the physiological mechanisms recruited to deal with stress and those that promote recovery are evenly matched: i.e., energy-expenditure and energy-recovery are finely counterbalanced. That’s not to say that the child will never experience moments of being overtired or unbearably irritable or times when she wants to give up. But when the stress system is functioning within its optimal range these moments don’t last long and before you know it she’s ready for the next challenge.

It’s this stable internal platform, and not just some unforeseeable “thousandth step” that makes quantum leaps possible. And that’s what Self-Reg builds up: the foundation that makes it possible for a child to rise to some new physical, emotional, cognitive, social or prosocial challenge. By helping a child reframe her impulses, become aware of what it feels like to be calm, recognize the stressors that war against that state, know how to reduce or avoid those stressors, and know what to do to return to calm when she’s over-stressed, she is strengthening her stress-capacity in the same way that Pilates strengthens an athlete’s core muscles.

The more stable this internal stress platform, the better a child can adapt to the multiple new stresses she’ll be exposed to at school. If the platform is a little shaky, adding stresses will cause problems to show up in the child’s mood, attention, or behaviour, in just the same way that cracks show up if metal or concrete are subjected to forces that exceed their tensile strength (an analogy which, as it happens, is precisely what led the founders of the science of stress to adopt the very term “stress”).

Obviously, we need to pace the stress increases to which we expose a child, which must be based on what an individual child is capable of handling. And the child tells us through her mood, behaviour and attention, not just when she can handle the current load, but when she’s poised for her next quantum leap. That was the thing about Oleksiak that I found most riveting: that sunny disposition that told us, well before she got on the starter’s block, that something special was about to happen. That’s what makes me most excited when I walk into a Self-Reg school and see the same radiant smiles everywhere I look: and I’m not just talking about the students! What I’m looking at is an entire school that is poised to go for gold.