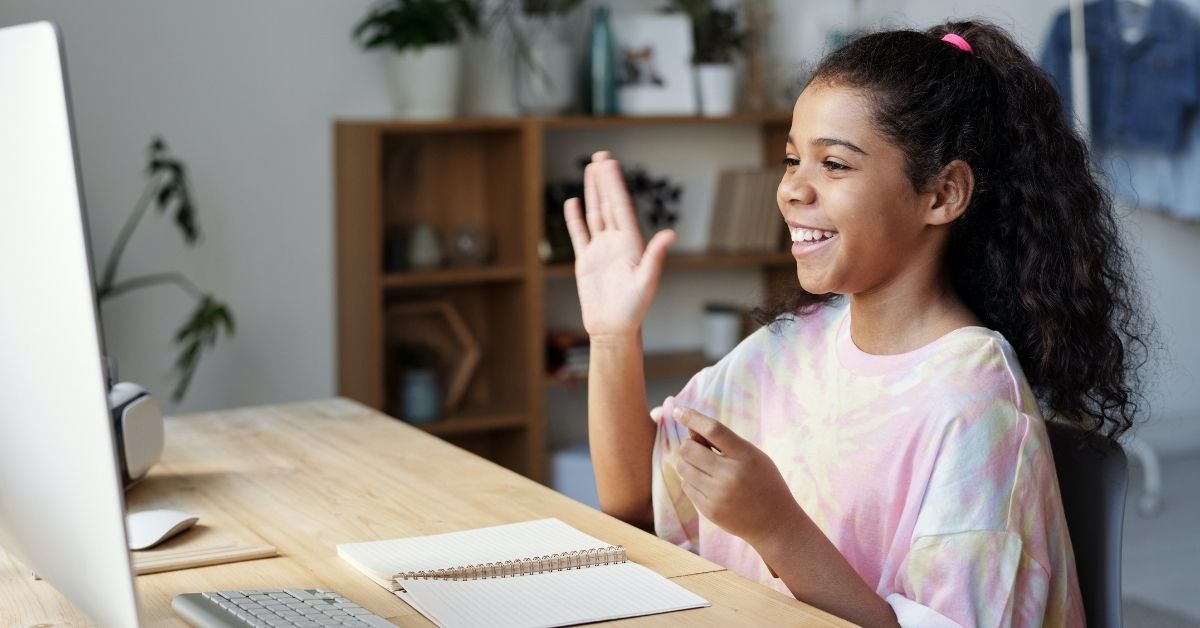 There are many words of wisdom from both Stuart Shanker and Susan Hopkins that I think about when contemplating Self-Reg, but one point that I return to often is that “Self-Reg begins with relationships.” While I might know this in theory, never have I been more aware of these words than in the past couple of weeks when teaching remotely.

Strangely enough, it was during our most stressful meeting time (for me at least) that I reflected on this point the most. When my teaching partner, Paula, and I set-up our remote schedule, we decided to include a half-hour playdate in the afternoon. We’ve modified this period frequently, as we wanted students to connect with each other, and bringing different materials seemed to produce more independent pockets of play than connections. Even this LEGO playdate didn’t quite produce the interactions we were hoping for — at least not on the screen — as children tended to build more on their own or interact with siblings at home.

While a 1 1/2 hour morning meeting time flew by, on my end of the computer screen, this 1/2 hour meeting time seemed to drag along. Coupled with the fact that it was at the end of the school day — and many of our students attended all three hours of synchronous learning — they were probably feeling the same level of tired as we were. And yet, it was at this very time, that a little bit of magic happened.

The first moment was mid-week. While our group was on the smaller side on Wednesday for this playdate time, many of the children brought along older siblings. They tended to play and talk more with the people at home than with their friends on the screen. When the half-hour was over, I think that both Paula and I were ready to dance out (our favourite special way to end each playdate) and plan for the next day. It was when we were saying, “goodbye,” that a child unmuted and called our names. I never could have predicted what she said.

Somehow these words totally changed my impression of the meeting time. There’s something so powerful about genuinely professing love, and sometimes when things are not going as you expect, these words can remind you why you’re doing what you’re doing and that things might be better than they seem. This five-year-old co-regulated me with an important reminder about what matters most … plus her use of “Dunsiger and Crockett,” which always brings a smile to my face! 🙂

Fast forward to the next day and this same meeting time. As the week came to a close and it was clear that we’re heading back to school on Monday, attendance at this final meeting time was always a little lower than before. We had a perfect small group for playing together on Thursday, but nobody was talking to each other. Both Paula and I even turned off our video cameras to try and get students to notice and connect more with each other than with us. Still nothing. I wrote Paula and I asked her what we could do. This was when she started talking to one of the students there, who had some Star Wars LEGO with her. Paula knows that there are other children in this group that also like Star Wars, and her knowledge of the kids and their interests allowed her to pull many students into the conversation. Soon the children were having the conversation without us. What made them comfortable enough to talk to each other? Relationships and interests. This was the very same things that allowed Paula to support these connections in the first place.

Maybe most wonderful of all was when these connections from the day before prompted more conversations the next day. Soon children were feeling an increased comfort in talking to each other and not just to us. Have others noticed that feeling of calm that can come when conversations flow naturally and children are able to look to each other, and not just to the adults in the room, to support the exchange of ideas?

Thanks to both Paula and our young learners for letting me see and experience the impact that positive relationships can have on Self-Reg and learning … whether in the classroom or online. As we head back to in-person learning on Monday, will it be these same relationships that will help reduce educator, child, and family stress around COVID-19 and a transition to the classroom? I have to wonder. What about you? May the coming weeks bring with them joyful interactions, new friendships, lots of love, and an abundance of health!