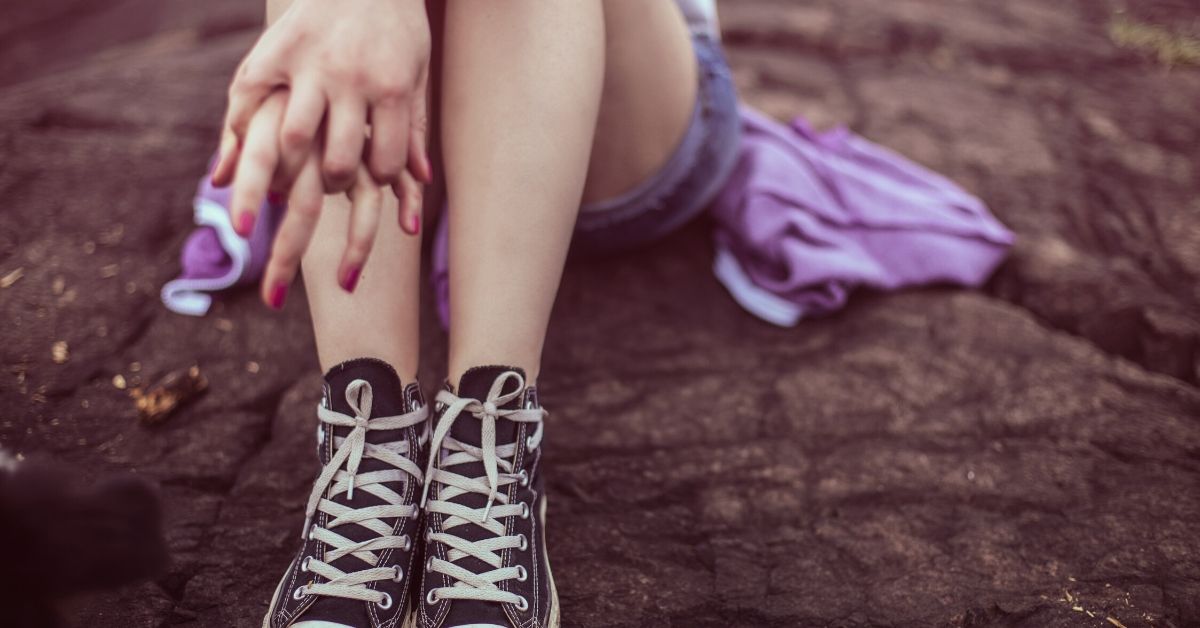 A Self-Reg Reframe of a Teen “At-Risk”

My teenage years remain a blur. I was one of the troubled ones. I was “THAT” teenager—the at-risk kind of kid that neighbours whispered about and relatives avoided asking about at family gatherings. I was THAT kid.

My deep interest in understanding resilience, combined with what I have learned through Self-Reg, have helped me to see my “thatness” differently, with softer eyes. I also know that Self-Reg has the power to help all of us reframe how we see and understand the teenagers we care about and worry about. The ones we imagine poor trajectories for, or give labels like “at-risk.” It’s so important to be able to remove our cognitive blinders so we can see, not just the “at-risk” kid, but also just how competent and capable these young people often are, and how much resilience is there. It can also help us see how a relationship with even one person—maybe one of us—could make a huge difference.

When I was a teenager my father once told me that I never finished anything.

These were only words; there were no sticks, no stones involved, but I can assure you that these words hurt. And they haunted me for many years, ringing especially true in moments of struggle when I felt more vulnerable and less resilient.

My dad had little control over my actions from about the age of fourteen, when I first ran away (for two months and he didn’t come looking for me). He would use the only weapon he had: words. My dad’s verbal sticks and stones came flying at anyone who wasn’t complying with or recognizing his authority, especially when he was overstressed. He was quite masterful at mean labels and questioning my integrity, intelligence, or backbone. Sometimes his verbal stones would come in the form of expressions of disgust that made you feel that he couldn’t bear to even look at you anymore. Once there was the silent treatment, a “you don’t exist,” version of sticks and stones that went on for well over a month. He had a way of shackling my sense of value as a person and filling my backpack with stressors that followed me through my life, hobbling me in vulnerable moments, bringing out the resilience in me in others.

My dad was struggling with his own self-regulation and my family paid the price.

For years, I had anxiety dreams about “not finishing anything.” There were the dreams about the exam I missed, or the ones where I got mixed up on my degree requirements and somehow missed a full course. The worst ones involved the anxiety of forgetting something and not being able to remember what it was. They don’t sound like nightmares, but they felt awful. I’d wake up feeling sick every time.

The day my dad told me that I was a quitter who never finished anything, I pulled off a classic fight-or-flight response with my limbic brain in full self-protection mode. My mouth was obeying the red brain command center and yelling back at him equally hurtful assaults. I had a friend tell me once that I could become a “junkyard dog” when I was hurt. This was my survival brain kicking into gear.

It’s been six years since my father’s passing and I am now able to see him and memories like this with slightly softer eyes thanks to an understanding of how the brain-body stress system can wreak havoc on vital relationships of those stuck in a stress cycle.

There was also some truth to his point about my quitting, giving in and not sustaining. My childhood and adolescence was filled with peaks and valleys, highs and crashes. As I think back to all the “unfinished” business in my teenage years, my question is “why” and “why then?” And what are the connections to resilience that I might be able to share with others who have their own speckled stories of ups and downs and so many circles left unclosed?

Looking back, I wonder, did I lack resilience? Did I not have “the goods” to endure the tough knocks and so, when things got too hard, I split? Well, I dropped out of high school twice, was a so-called at-risk teenager who got into lots of trouble all the time. I found the “outlets” for coping through drugs, alcohol, unhealthy relationships, the “in” crowd. Lack of resilience, right?

But there’s another side to my story. I also held down part-time jobs from the time I was 15 and babysat three to five nights a week starting when I was 11 years old. My bosses always really liked me because I was so hardworking, dependable, and polite. Resilient, right? High school teachers kicked me out of classes in the morning all that time (math class especially) and then a few hours later I was a teacher’s assistant leading the class research study (sociology) and all in the same day.

So was I resilient or lacking resilience?

Did I have the tough upper lip, good citizenship, and hard work goods to be successful in life? Or was my trajectory on a downward spiral?

Well, if you’d asked my dad or my math teacher you’d get a very different answer than you’d have gotten from my sociology teacher or my boss at the clothing store where I worked. And this was all happening at the same time. Was I different people, putting on different faces under different circumstances? No. This was all part of the incredible complexity of being a teenager who was struggling, striving, and over-stressed. Resilience is not a fixed trait in an individual. It’s context-dependent, and looking at it through the lens of the five steps of Self-Reg explains the “why” and “why now” of not just my own behaviours, but also those of my father, the teachers who influenced me, and the peers who at the time were the center of my world.

Self-Reg can help us navigate this complexity so we can see, support and appreciate the strengths of the teenagers (and anyone else) we worry about. It can also help us share their journeys with more compassion, more enjoyment at times, and a lot less stress for all.

Explore Self-Reg with your teens in our Feeling Stressed: A Self-Reg Course for Teens.