The Self-Reg View of Aging 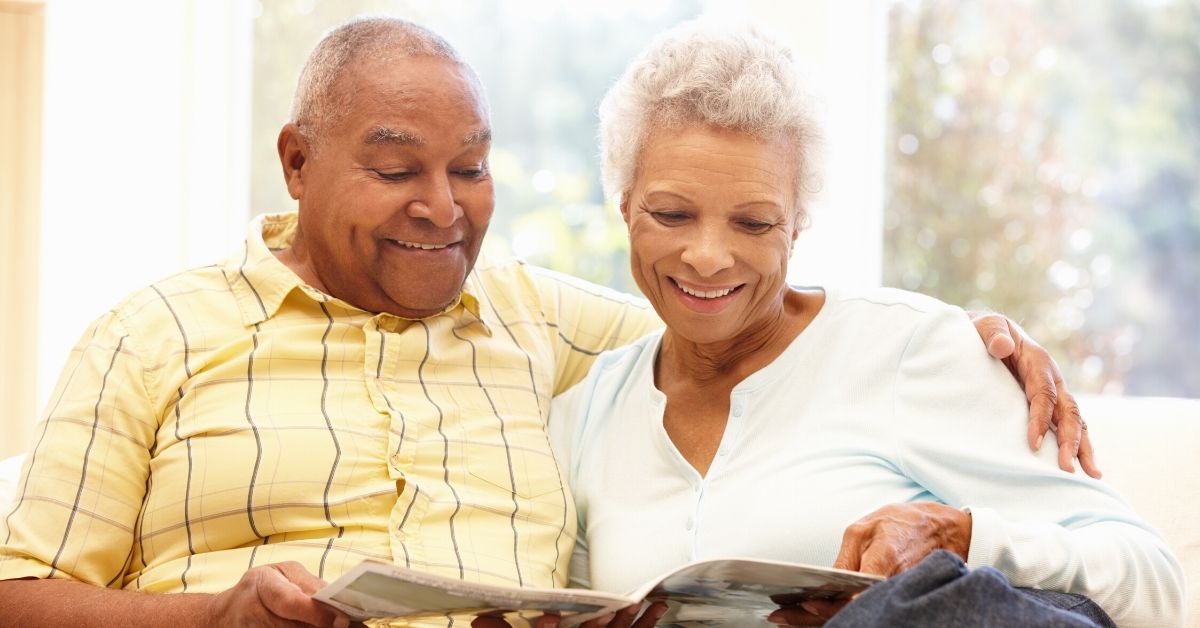 Mine was a family in which the fifth commandment played out every single Sunday.

My parents, aunts, uncles, and cousins would all gather in my Grandmother’s kitchen to eat, argue, joke and gossip. She ruled over her extended family with gentle humour and a constant smile. I don’t believe I ever once heard any of her children question or challenge her. They called her “Ma” and were bereft when she died at the age of 97.

She was 81 when I was born, but I never saw her as old. In fact, I saw her as quite beautiful, despite her large bulbous nose and the prominent mole on her chin. All I saw was her soul. The two of us had an especially close relationship and I was alone with her just before she died. She was always deeply concerned about my welfare and her last words were, “whatever you choose to do with your life, choose something that will make you happy. But for God’s sake, don’t choose to be a chicken plucker.” (She had cleaned poultry for many years and apparently the memory wasn’t a fond one. I often wonder what she would say about my chickens today!)

I didn’t just love her; in many ways, I revered her. I marvelled at how she could help me think deeper about problems and people and how she listened to me with her eyes and not just with her ears. I learned about the meaning of compassion and the importance of helping those less fortunate. I learned about how hard life was in the old country and to treasure the unbelievable gift of freedom. Perhaps most of all, I admired how strong she was – psychologically as well as physically. In fact, she lived on her own on the second floor of a house in mid-town Toronto and did all her own cooking, shopping and cleaning until well into her 90s.

Thinking about all this made me realize just how much cultural attitudes towards aging have changed in a remarkably short time. To take a very simple example: my grandmother’s hair was snow white. I can vividly remember how much I loved looking at and feeling it when I was young. Now, if anyone had ever suggested to her that she dye it in order to look younger, she wouldn’t have been so much annoyed as utterly perplexed. You might just as well have suggested that she insert plates into her ear lobes. The flip side of this is the parents who try to make their young children look like Hollywood starlets.

She taught me that it’s a fact of life that certain things become harder when you age, but then, different things are hard at different points in the life cycle. It’s hard to sit and stand when you’re young; hard to deal with the changes happening in your body when you become a teenager; hard to get enough sleep when you have a baby. Life is an endless series of changing physical demands and happiness is derived from confronting and dealing with these issues rather than running from or denying them. I’m not sure she ever said exactly these words, but it’s certainly the message she conveyed every Sunday. So yet again, the science of Self-Reg serves to clarify something that our grandmothers already knew.

Just as Self-Reg teaches us to reframe kids’ “challenging behaviours”, so too with seniors. That is, we tend to assume that things like chronic irritability, social withdrawal, fussing and fretting, depression, feelings of worthlessness or helplessness are the unavoidable consequences of an aging brain and the build-up of stress over the lifetime (and consequent shortening of the telomeres). But these behaviours are every bit as much a sign of excessive stress as explosive behaviours in a child, so every bit as responsive to Self-Reg.

In fact, the science of aging has made some surprising discoveries in recent years. It’s true of course that a number of biological changes add to the stress load. What is particularly significant is how aspects of the environment that the mature adult could readily handle turn into hidden stressors as we age. For example, the mechanisms supporting thermoregulation slow down, resulting in a significant energy loss if steps aren’t taken to control ambient temperature. And of course, there are changes in melatonin transcription that affect sleep; changes in muscle tone and bone strength that affect how we exercise and our rate of recovery; changes in the brain that affect memory and concentration. So yes, there are a number of physical changes that add to the stress-load; but of that only means that we need to figure out how to adjust. That’s the essence of Self-Reg. There are always biological changes in life; it’s how we deal with these changes that is the key. Do we overcome or succumb?

In fact, there are many ways in which stress actually seems to decline with age; or at least, certain kinds of stress. Not just work-related stresses, or the stress of raising children, but also, negative emotions don’t seem to be nearly as stressful [Stone, Schwartz & Broderick]. I was very intrigued to learn that Jim Grieve (the new Executive Director of the Retired Teachers of Ontario) described the “awesome years” as beginning at the age of 47. The reason I found this so intriguing was because recent research has established that, on average, the most unhappy point in the lifespan occurs at the age of 46, the average peak in unhappiness. But beginning at the age of 47, we start climbing back up what is described as the “U-bend” in life [The U-Bend in Life].

Far from being an “inexorable descent into misery”, the exact opposite seems to be the case. Yet the modern Zeitgeist regards happiness as the special preserve of the young. Recent studies in the psychology of aging reveal that seniors not only manage their negative emotions more effectively that 20 and 30-year-olds, but are more likely to have a positive than a negative bias; have lower rates of depression; have the most stable and optimistic outlook of all the age groups; and are the most adept at managing their energy [Laura Carstensen]. They also experience greater emotional depth and complexity – what Greenspan and I referred to the ultimate stage of functional/emotional development [The First Idea]; and greater satisfaction in their close social relationships, including and even especially with their spouse! What’s more, a significant change in perspective seems to be one of the greatest of all the gifts we receive when we age, and undoubtedly one of the reasons why aging is so often associated with wisdom [Jared Diamond].

From a Self-Reg perspective, it is not in the least surprising to learn that the most important factor in healthy aging is having a small number of strong social relationships; for the Interbrain remains a potent factor in how safe we feel from the first to the last moments of our lives. Nor is it surprising to see the importance of avoiding smoking and excessive alcohol consumption, regular exercise, a healthy diet, and cognitive challenges; for the crux of Self-Reg is to avoid maladaptive coping strategies that suppress problems and embrace self-regulating strategies that reduce them.

What really needs to be “reframed,” then, is aging itself or at least, the idea that an individual is somehow defined by his or her age. Each “stage” of life may well bring its own unique challenges, but what matters is how we respond; for the individual always has enormous capacity to regulate her thoughts, mood and behaviour, and this might just be especially true for seniors. Above all what Self-Reg teaches us is not to confuse the biological aspects of aging with the consequences of poor self-regulation.

So we come back to Ellen Langer’s view of “mindlessness” that we looked at in the first of the “mindfulness” blogs. The cognitive blinders that we wear today, in part, no doubt, because of the endless messages telling us, subtly or not so subtly, that aging is a misfortune; but no doubt also because of the speed of technological change, which renders the “wisdom” of elders seemingly irrelevant. But then, the knowledge that we acquire over the course of a lifetime isn’t the sort that relates to the acronyms used in texting.

So where does the value of seniors lie? Note that this is not at all the same question as where does their utility lie (although some economic theories might equate the two). But the primary value we are concerned with in Self-Reg is the importance of nurturing a sense of security. That is what my grandmother received from her family around her, and that is what we received from her. It is the value of being valued: as a child, a parent, a grandparent, or an elder. This is not something that can be measured in monetary terms.

There could be no more moving depiction of this point than the image of Aeneas fleeing the burning city of Troy holding his son’s hand, his wife beside him, and carrying his aged father on his shoulders. Anchises actually begs to be left behind as he feels he no longer has any use; but Aeneas doesn’t for a moment listen to his father’s pleas. And that was precisely Vergil’s point: namely, that the strength of Roman civilization lay in the strength of its intergenerational bonds. This is a principle that Self-Reg isn’t just mindful of, but something that it constantly seeks to understand and nurture, across all the generations.