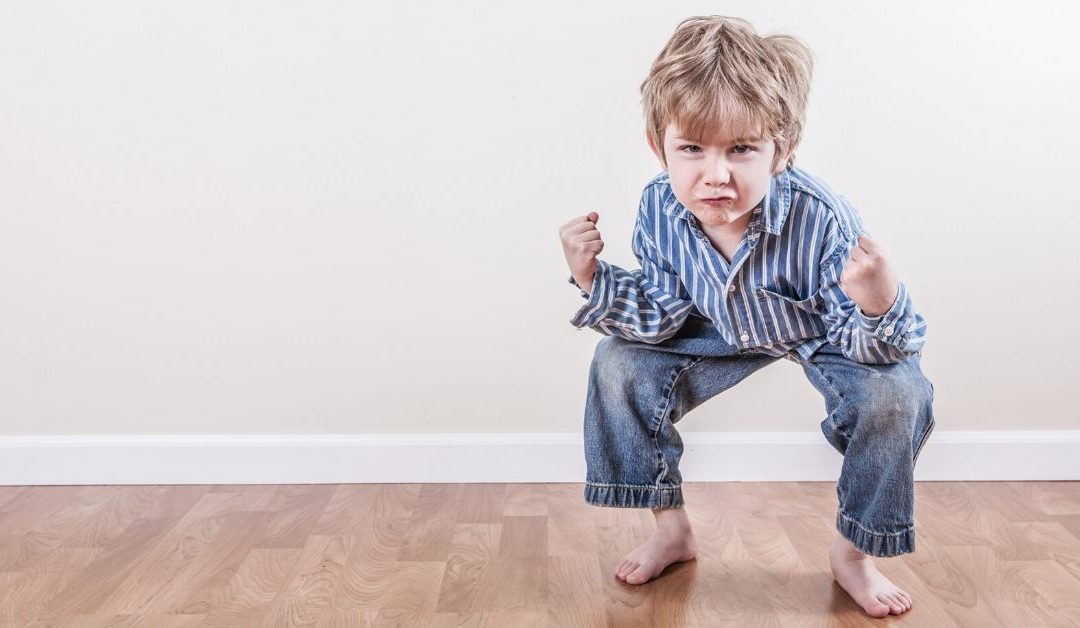 I had just finished a long morning session when a woman in obvious distress stopped me on my way out and told me her 8-year-old son had just been diagnosed with Oppositional Defiant Disorder (ODD). She didn’t know what to do. Would Self-Reg help him? Would Self-Reg help her? The answer to both questions was, of course, “Yes,” but there was something about what she’d said that I found deeply troubling. It’s that ominous word “diagnosed.” I find it deeply troubling every time I hear the same thing – and believe me, I’ve heard it more times than I can possibly recount.

In reality, her son had been subjected to the same sort of procedure that animal control officers use to identify a dog breed. Say an officer has to determine whether a particular dog is a pit bull. He uses a checklist, and a dog is considered to be a pit bull if it possesses five out of eight characteristics [Identifying a pit bull]. Similarly, the little boy in question had been found to meet five of the eight behaviours used to diagnose ODD. That is, he had received a tick beside:

Asking “Why?” With Oppositional Defiant Disorder

But in what way is this a diagnosis? Certainly not in the sense in which the term was originally intended, which, following standard medical usage, was supposed to refer to “the process of finding out what is causing a certain set of symptoms” [Diagnosis]. Each demands an immense amount of careful thought. So to truly help such a child, we need to begin by asking “Why?” after each item.

But there is a further problem here. Think about how emotionally charged the very name “pit bull” has become. How differently it would feel to look at, say, a checklist for “toy poodle.” So too, with words like “oppositional,” “defiant,” and “disorder.” Without our realizing it, our attitude is being shaped and our thinking guided by the very terms used. Just hearing these words is enough to set your teeth on edge: enough to shut down the sort of “reflective stance” needed to do a proper diagnosis. For true diagnosis has to be nonjudgmental and grounded, not just in knowledge and experience, but also in a profound sense of uncertainty [The Reflective Practitioner]. But this little boy, like so many others, had experienced nothing of the sort. In a very real sense, his “treatment” had been determined by the name of the disorder.

What Is This Telling Us?

That is not to say that the symptoms grouped together here are without significant meaning. On the contrary, what is particularly important about this cluster is the the telling combination of mood and behaviour problems. Yet that still leaves us with the crucial question of what exactly it is that this is telling us. That is most certainly not a question to be dismissed; rather, it too needs to be diagnosed!

Perhaps the first thing we need to do is get rid of the label. My children’s pediatrician, Dr. Till Davy, once told me that really we should be talking about these behaviours as angstbeisser and I instantly thought: what a great term that would be! For one thing, no one would know what it meant, which would enable us to bypass all the biases that are summoned up just hearing the words “oppositional,” “defiant” and “disorder” all used together. For another, “angstbeisser” refers to the actions of a cornered animal that lashes out in order to protect itself, which points us in a very different direction. But protect itself from what? From us?

The Critical Issue at Hand With ODD

That, as Dr. Ross Greene has explained, turns out to be the critical issue [Ross Greene]. ODD is really a dyadic phenomenon: a consequence of the belief that the first duty of parents is to “socialize” their child: i.e. help, or, when necessary, force their child to acquire skills or traits that do not come naturally – and a lot less naturally for some children than others. According to this view, when parents fail to perform this role it’s because their child is suffering from, among other things, low frustration tolerance, poor emotion regulation, reduced communicative skills, and heightened impulsivity, together with – and in some cases even caused by — permissive parenting.

The thinking here is that if the child’s “oppositional tendency” is not corrected, he will be at risk of developing an even more serious disorder (e.g., anti-social behaviour, depression, addiction) [ODD as Predictor]. So better a course of “tough love” now than these negative downstream consequences. Yet what Self-Reg sees is a child or teen who is already suffering: caught up in a maladaptive coping strategy in which, as was highlighted in the earlier DSM-IV entry for ODD, “parent and child bring out the worst in each other.” [DSM-IV]

Why “maladaptive”? The reason lies in the critical role of Social Engagement as a child’s first line of defence for dealing with excessive stress [Porges on Social Engagement]. A child needs adults to help him cope with stresses that he cannot manage on his own. “Angstbeisser” is maladaptive not just because it undermines Social Engagement, but because such behaviour actually increases the child’s stress load by eliciting a hostile and possibly punitive adult response.

But, while it may seem as if the child is choosing to be oppositional, we have to ask: why would any child ever choose to stress himself even further? The fact is that, far from being volitional, his behaviour is driven by paleo-mammalian and reptilian mechanisms that trigger primitive “defensive” behaviours and suppress those communicative and inhibitory skills that the child is commonly seen to be lacking. So the more oppositional the child, the more an adult must react in the opposite way – i.e., counter-regulate – in order to re-establish Social Engagement. Yet such a response is widely seen as a form of weakness rather than a biological imperative of the Interbrain.

In other words, the standard view of “Oppositional Defiant Disorder” results from a “cognitive blinder” in the sense defined by Ellen Langer [mindfulness #1]: a dysregulation of Social Engagement that is the result of excessive stress (caused by any number of factors) coupled with a cultural bias that leads adults to mistake expressions of anxiety for acts of defiance and demand submission instead of providing solace. The very term “Oppositional Defiant Disorder” is an expression of the deeply entrenched self-control mindset that shapes our perception of children’s behaviour and accordingly our responses [self-regulation vs self-control infographic].

In some ways, what we’re really dealing with is an “Oppositional Authority Disorder,” although even that way of stating the matter is overly severe. For the truth is that it can be very hard not to see a child as oppositional when they dig their heels in. We become terribly anxious ourselves. No doubt we could tick “parent” versions for each of the ODD criteria boxes. There is “limbic resonance” at play (this is fully explained in [Self-Reg]), not to mention the importance we attach to whatever is the source of the conflict. But on top of that there is the added stress that stems from the “ODD bias.” It is this added stress that leads to a battle of wills in which everybody loses. Even if one of us gets our way we both lose, both in the immediate moment and over the long term.

Where Do We Start?

As is always the case with Self-Reg, our first step is to “reframe”: to consider what may be linking the symptoms clustered together. Some are “internal” or trait-based and others are “relational.” It is the connection between them that is critical: specifically, the child’s inability to navigate the relational world with adults, which is exacerbating his arousal. There is nothing intentional or even conscious about this, and we cannot help the child by assuming otherwise.

The Essence of Co-Regulation: A Self-Reg View

A big part of the challenge is that children who demonstrate these symptoms invariably have a negative bias. This has profound implications for how they see adult overtures: how they interpret a look, tone of voice, facial expression. Whatever the cause of their negative bias, they are primed to see even the most innocuous of gestures as a threat. To compound the problem, adults all too often go straight for the child’s PFC, harping on “choice” or “taking responsibility.” When a child is on full alert, that simply adds to the threat level.

Instead, we need to confine ourselves to right-brain to right-brain co-regulation. Don’t ask questions, and certainly don’t lecture – much less punish or harangue. We need to go into full-out soothing mode, bearing in mind that it can take quite a long time before a child’s alarm turns off – which, of course, is a defining feature of “allostatic load” (this too is explained in [Self-Reg]). To help such children we have to stay with warm, comforting vocalizations and looks, and avoid the temptation, as the child starts to calm down, to “seize the moment” to talk about how he’s expected to behave. That moment will come! But first the child has to be well and truly calm, and there is simply no way of saying how long this might take for a particular child.

The Role of Anxiety

Dr. Davy’s point was that what we are really seeing with children with ODD “is the role of anxiety coming out as opposition and defiance.” It’s a hugely important point. How different would our attitude be if we referred to this cluster as a distinctive behavioural sub-type of an “anxiety disorder”? For that is what it is, and that is why this cluster of symptoms is important. How differently would adults have seen and engaged with this little boy? How different would that mom’s own emotional state have been had she understood, not just that she needed to do Self-Reg, but much more importantly, why.

And how differently that mom would have felt had her son received a proper diagnosis: a surge of hope and relief as opposed to anxiety and distress. But for that to be possible we need an entirely new vocabulary/mindset. To start with, we need to replace:

And we need to ask ourselves: How did we lose our compassion for children? For it is that quality that lies at the heart of true diagnosis. Without it, we’re just ticking off boxes.