The Self-Reg View of: Overcoming Barriers 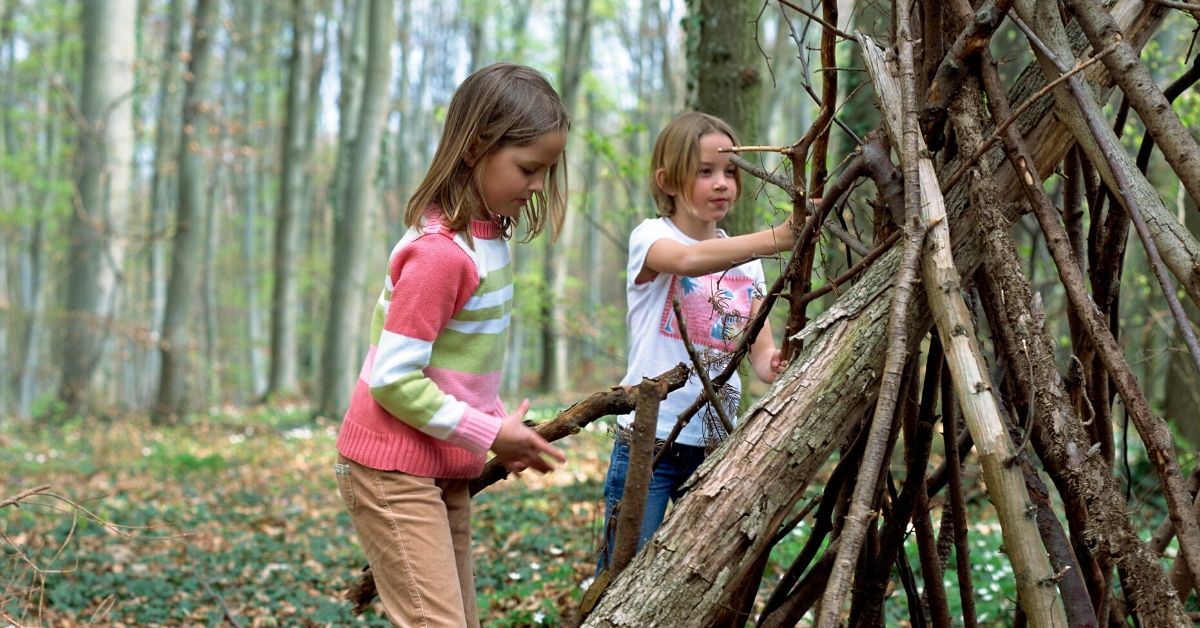 Back in 2001, David Sobel, an Education Prof at Antioch University in New England, published a fascinating book called Children’s Special Places. He was interested in the question of when and why children build forts. This typically begins around the age of 5 or 6. Building forts is sheer unadulterated fun: a wonderful way for children to let their imaginations run wild. It’s also a way for them to assert their independence and discover an identity for themselves that is separate from the role that’s been imposed on them within their family. What’s more, it’s something that they do with friends, so, in addition to all the ways it helps them develop practical skills, it serves as a way for children to develop social skills. Maybe most important of all, it helps children develop a sense of a group identity; for having a fort is ultimately about who is allowed in and who is kept out.

What struck me most about Sobel’s book is his discussion of the role that a fort plays in stress management. We can look at this in both physical and psychological terms. Physical because of the sense of security that the walls and the typically womb-like characteristics of the interior provide (it’s interesting to see how often children bring pillows, blankets, air mattresses inside the fort and put up some sort of covering over the windows). Psychological because the fort provides a respite from the stresses that assault the child the moment she steps outside. It’s quite fascinating to see how instinctively children retreat to their forts when overstressed: one of their first steps towards self-regulation.

This instinct to retreat to our fort never truly leaves us. All through life we put up barriers, physical or psychological, to provide a sense of safety, however illusory this might be. We erect a fence around our home; wear earbuds to create a personal barrier for the morning commute; join social, professional, and national(ist) groups with inflexible membership requirements. Such groups all have barriers that don’t just exclude the uninitiated, but prevent the free flow of ideas. And that is a problem.

Barriers may provide some sense of security, but they do so at the risk of insularity and stagnation. We need cross-fertilization, social as well as intellectual, in order to continue to grow. Letting in people or ideas that challenge the status quo is a significant stress, but nothing like the stress of pulling down a barrier. I speak from personal experience.

One of the big reasons why I came to York in 1986 is because the University was prepared to let me teach psychology as well as philosophy. Teaching is the best way I know how to learn, and teaching psychology offered a special way to understand the field “from the inside” as it were. After a few years of doing this, my Dean proposed that I change the terms of my appointment to a 50-50 split between philosophy and psychology, which would enable me to teach graduate students in psychology as well as philosophy.

Clearly it was going to take a lot more work to pull down this particular barrier. I’m still working on it! But the rewards far outstrip the costs.

By no means is the lesson here that the anarchists got it right and that, whatever the barrier, it should be torn down, simply because it is a barrier. Barriers often serve an important function. For one thing, they can protect us from the poorly trained or inexperienced. It is when barriers prevent the free and open exchange of people and ideas, however, that they become worrying.

The political events we are witnessing today — throughout the world — demonstrate just how strong the instinct is to retreat inside our fort in times of heightened stress: to dictate who will be allowed in and who will be kept out. It is an instinct that belongs to an early stage of development; a crude attempt at stress-reduction that ultimately has the exact opposite effect.