The Self-Reg View of: The Critical Importance of the Fifth Domain 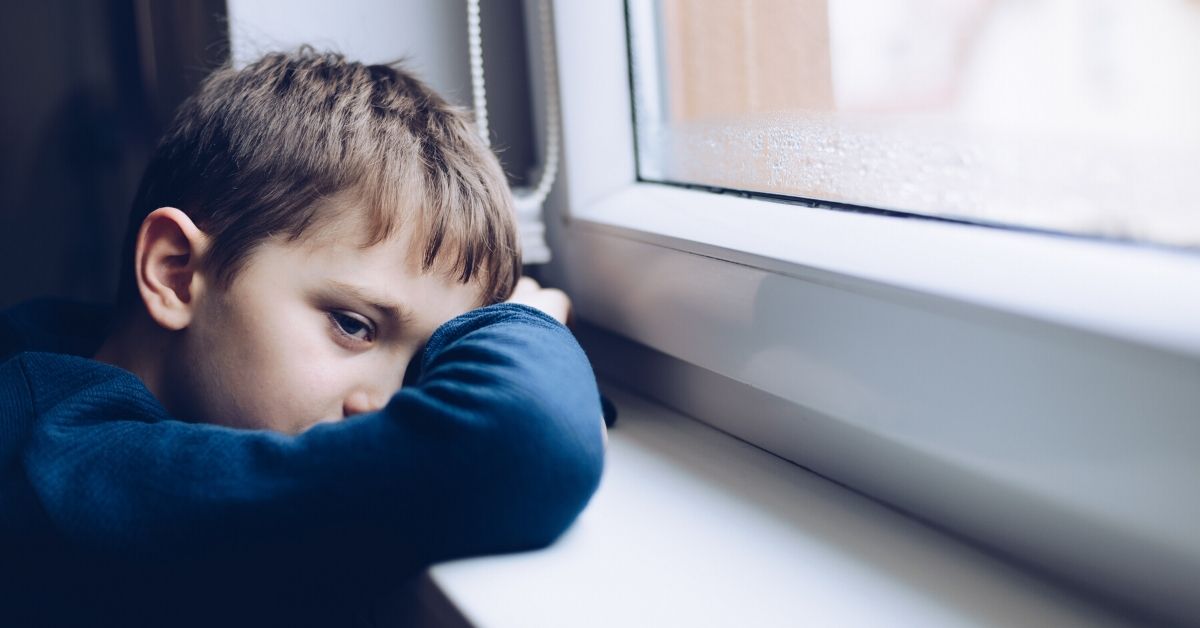 The mom on the phone was distraught. Her son had been through a harrowing experience at his previous school, which ended up with him “agreeing” to leave after a couple of incidents of threatening behaviour and a psychological assessment that diagnosed him as being at risk of Conduct Disorder. But the school board had responded well, placing him in a school with a more sympathetic staff. Things had improved immeasurably.

There hadn’t, in fact, been any disturbing episodes at all in the new school. Yet his rages at home hadn’t stopped; if anything they were getting a little worse. And Mom was frightened: about his future, frightened that he might hurt one of his younger siblings, and for that matter, frightened that he might hurt her. She told me that he was always contrite afterwards. But when he was in the grip of one of these explosions he was completely out of control.

This mom had heard me speaking on the radio about how there is no such thing as a bad kid and desperately wanted to believe this. But there was an uncle in the family who had ended up in prison and she was scared that her son had “inherited his genes.” Still, I have never met a child or youth that made me want to question this fundamental conviction, and I was sure the same would be true in her boy’s case. And indeed it was, although getting to the bottom of what was going on took a bit of time.

When I first met him he was 13, healthy looking and fit, yet his face was a mask and he was emotionally distant. Reading through his report I saw how his answers to a few of the “prosocial questions” from the Strengths and Difficulties Questionnaire might have been slightly worrying (e.g., he answered “Somewhat True” to “I try to be nice to other people” and “I care about their feelings”). But over time it became clear that the outbursts were due, not to “innate antisocial tendencies” but rather, a mix of sensory issues (e.g., he was highly sensitive to noise and crowds), a slew of strong negative emotions (fear, anxiety, low self-esteem, sadness, anger), low frustration tolerance, an entrenched negative bias, and poor mind-reading/mind-displaying skills.

With some gentle probing we learned that the crisis at his previous school was the culmination of being sick and being bullied: not just by the other students but, in fact, by some members of the staff as well. Yet he was healthy now and things were going fairly well at the new school. So why was he still having rages at home? It might in part have simply been that he felt safe enough there to give vent to his pent-up emotions. Yet the fight-or-flight episodes were incontrovertible evidence that his stress load had remained unbearably high.

The most troubling thing he said to me, on more than one occasion, was that he himself was deeply upset about being such a “bad kid.” The problem was that he’d internalized what he’d been told at the previous school, and in fact, a number of times in primary school as well. He himself was deeply concerned that he had no control when he went into one of his rages: every bit as frightened, as it happens, as his mom.

We worked with him on Self-Reg, focusing to begin with on the biological domain, but the turning-point came when he went to a sports camp for a couple of weeks during the summer holidays. Neither Mom nor Dad were particularly athletic, and they said they had only sent him there because his best friend was going. But perhaps they had an intuitive sense of what he needed. In any event, he came back from camp “a different kid.” And this is where his story becomes really interesting.

At school in September he started to hang out with a couple of the kids who had been at the camp, rather than the ones he had associated with the previous year. These kids introduced him to their friends and this new group welcomed him into their midst. And he suddenly found himself playing sports, going for walks, texting and talking on the phone, getting involved in community activities with a bunch of really nice teens.

When I next saw him I was shocked by the change: he was smiling, happy, comfortable with me, funny, reflective, empathetic. In short, he was an entirely new kid. When I asked his teacher about this she told me that when he had come to their school the previous year he had cozied up to the school “toughs.” It made sense. He was anxious and scarred by what had happened. So he had sought to be part of the group that he thought would ensure his safety. But the rages at home indicated that it wasn’t an effective strategy.

This is one of the great paradoxes of neuroception – the way our limbic system detects whether people and situations are safe or threatening. When we are anxious or frightened we can be drawn to someone who promises safety but actually leaves us even more anxious or frightened. We get caught in a spiralling stress cycle that shuts down the very reflective processes that enable us to see how, far from making us feel secure, the person we feel drawn to is having the exact opposite effect. The result is a kindled alarm. This is precisely what we saw in this young teen, and the reason why he swung between the polarities of emotional withdrawal (flight) and rages (fight). The deeper lesson here, however, was to see just how important it was for his overall wellbeing to be part of a prosocial group.

This young teen’s experience provides an answer to one of the questions that those new to Self-Reg most commonly ask is: namely, “Why do we need a separate “prosocial” domain?” ‘Why isn’t this simply an aspect of the social domain?’ But prosocial development cannot be reduced to or conflated with social development; and prosocial experience cannot be reduced to or equated with social experience.

Part of the confusion here may lie in the very word “prosocial,” which seems to raise the question of what gets “added on” when you attach the preposition “pro” to the adjective “social.” But that is not at all how the term “prosocial” came into being. Rather, it was invented by social scientists as an antonym for “antisocial behaviour,” so as to highlight the way that individuals must behave if a society is to be safe and secure.

Psychologists quickly recognized that the development of prosocial traits – being empathetic, kind, charitable, moral, having a sense of civic duty – is quite distinct from the sorts of communicative and mind reading skills that pertain to social development. Someone can master the skills of social interaction without feeling any empathy towards others or any sense of the greater good. We describe such an individual as Machiavellian, and when their condition is extreme, diagnose them as “sociopathic”– not simply because of the harm they do to others, but because of the harm that they do to themselves. For the essence of social engagement is the bi-directionality of the Interbrain, not just in a communicative sense, but as a core element of the mutual benefits of co-regulation.

In my new book Self-Reg: How to Help Your Child (and You) Break the Stress Cycle and Successfully Engage With Life (Penguin, June 2016), I discuss how an individual who only sees the Other as a means to satisfying his own needs not only has stunted emotional growth, but cuts himself off from all the neurobiological rewards that result from empathy and altruistic acts. That is, we are hard-wired to experience pleasure when we help another: a reaction that is blunted and, in severe cases, blocked by excessive stress. Such an individual is chronically hyperaroused and rarely, if ever, experiences those moments of calm satisfaction that are the goal and the ultimate benefit of self-regulation. They can certainly achieve material success, yet seldom with accompanying feelings of fulfilment or contentment; more likely only a sense of power and dominance.

The prosocial domain isn’t just critical for personal wellbeing, it is critical for that of society as well. Indeed, the ultimate principle of the Interbrain is that the two cannot be separated. A child’s prosocial character, and indeed society’s, is a function of prosocial experience and aspirations. This idea lies at the very heart of Plato’s Republic, and in the oft-repeated quote from John Locke. “We are all a sort of chameleons, that still take a tincture from things near us: nor is it to be wondered at in children, who better understand what they see than what they hear.” But however august this idea might be, it is one that is easily and repeatedly forgotten.

And yes, the boy’s rages stopped.