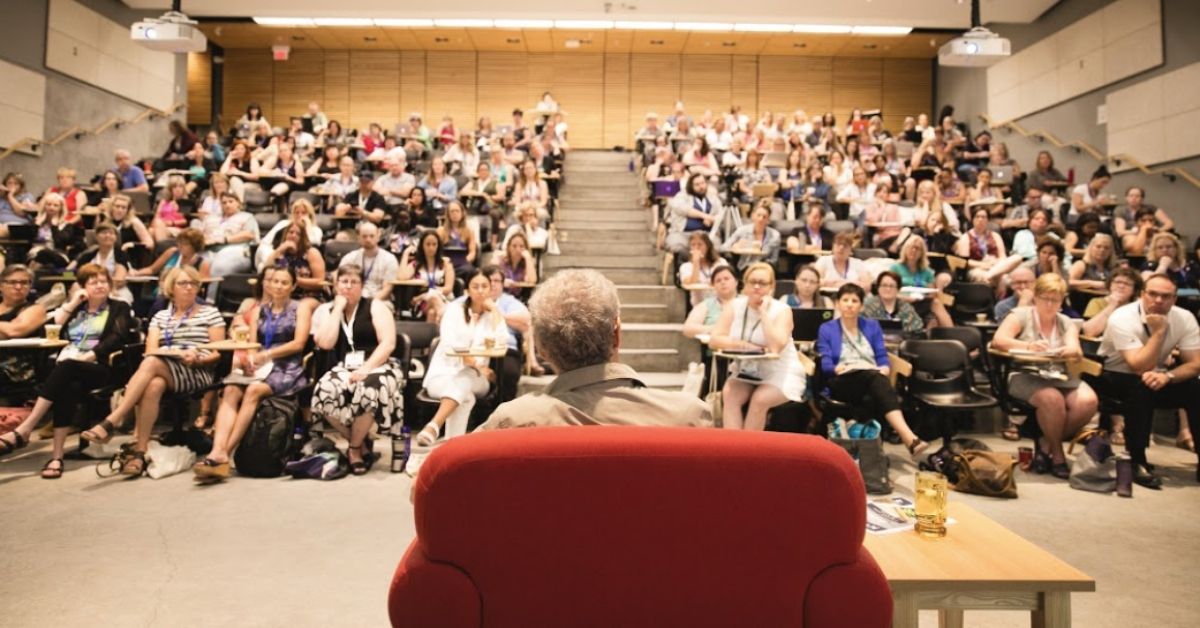 Well, it was yet another amazing Self-Reg Summer Symposium this year! My head is still spinning with some of the things I saw and heard, and the people I met. I wanted to share my thoughts about a couple of ideas that jumped out at me from Stuart’s “Luminary Sessions” (aka keynotes).

In his discussion of resilience Stuart mentioned that Stephen Porges, whose work Stuart has drawn from extensively, had said that resilience was essentially the same as homeostasis (a stable equilibrium, or balance). Then he added that, in Self-Reg terms, homeostasis would be red brain/blue brain balance. That got my attention immediately because, in our dialogue about red and blue brain, the implication is often that blue brain=good and red brain=bad. I’ve never been really comfortable with that. I mean, heck, when you “fall in love” with your firstborn (or second, third etc.) baby or start to really like and care about a new friend, that is not a blue brain thing. But it’s a good thing.

Likewise, when you see someone in need and feel a strong urge to go and help, your blue brain ain’t pushing your buttons. I mean, it’s not as if you sit there and reason it out like Dr. Spock. “Let’s see. This person meets all of my criteria for needing help, and I am available, and have the requisite skills, to help. And society is better off if we help each other. Therefore, it’s logical for me to help this person.” No! You feel this deep down, emotional pull to go and help them, just like you feel this strong, non-rational attraction to a cute little (and helpless) baby. That’s totally red brain.

Which leads me to my second big takeaway. On Wednesday morning, when Stuart was talking about “high math anxiety,” something he has blogged about previously, he talked about how the red brain and blue brain can provide a sort of check and balance on each other. He said that the red brain often acts as a sort of “brake” on the blue brain (limbic braking), something else he has blogged about before. But Stuart also said that the blue brain can act as a “brake” on the red brain, the example being when we use cognitive reappraisal (blue brain) to shift our emotional reaction (red brain) to a situation or stressor, which speaks further to the idea of balance.

Later, he talked about how when the red brain gets activated, it can take a child (or adult) in one of two completely different directions. One direction would be strong negative reactions like fear and rage. But the other direction would “primitive prosocial emotions,” as Stuart put it, like love and empathy. More insight as to how red brain can be good, and necessary. “The red brain is a source of cohesion, and social engagement,” Stuart said. “But we also need the blue brain to help us think.” Or, to put it in real life terms, we need the red brain to feel draw towards our babies, but we need to blue brain to help us figure out how to do it. The key is balance. It’s not red brain per se, that is a problem. We need it. It’s when the red brain/blue brain balance gets out of whack that problems arise. Again, it’s all about balance.

I also know, from experience, that I can think when I’m in red brain. I may think differently, depending on how far into red brain I am (and the inherent emotionality of the situation). But I still think. And I’d even venture that in certain situation a nice shot of red brain helps me think better. There is no either/or. It’s more like a continuum, and, as Stuart says, a balance. I’d guess that the balance point isn’t always the same, but shifts, depending on various factors in any given situation. Something to discuss in the future, perhaps.

So, I absolutely love this idea of red brain/blue brain balance and the idea that red brain isn’t all bad. I hope we talk about it a lot in the coming months and years.