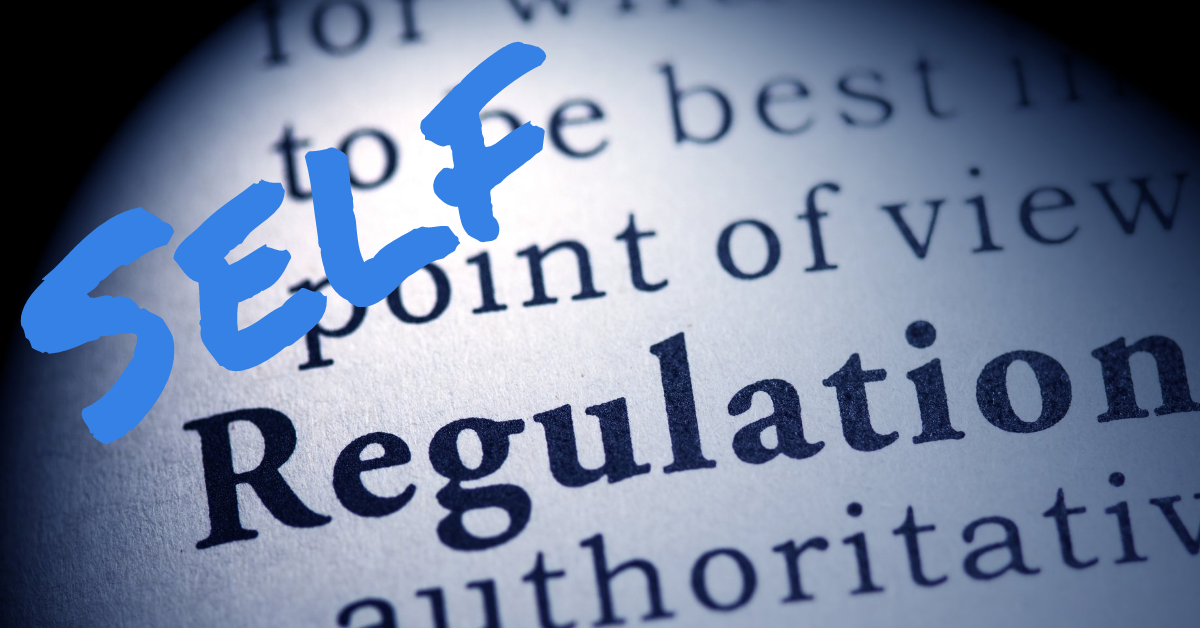 On a practical level, the way we define self-regulation drives the way we work with children (and adults) who exhibit self-regulation challenges. Here are some examples of the difference the broader, more holistic, stress-focused definition of self-regulation, as discussed in part one of this blog, can make in practice.

A friend of mine has worked with struggling kids and their parents for years. He’s really good at it. He likes kids and knows how to connect with them. He’s good at staying calm in tough situations and being firm and authoritative  (without putting kids down) when necessary. This accomplished practitioner made a comment several years ago that has stayed with me: “You can’t get very far in changing a kid’s behaviour if they aren’t motivated.”

I can see that. But let’s look at this motivation problem from a self-regulation vs. self-control standpoint. If we equate self-regulation with self-control we’ll likely see a motivation problem as the child’s bad attitude—a moral failing, a wilful refusal to be motivated. So we’ll see our job as changing that attitude via reasoning, education, incentives or threats that are designed to motivate the kid. If those don’t work, all we’ve really got left is pushing harder, getting mad at the child (or ourselves) or giving up. Not likely to work.

But if we use the holistic version of self-regulation as a lens, we see the problem as part of a bigger picture. What is going inside this child, including biological processes that might be blocking the motivation to work towards something that would clearly be in their best interests? What’s going on around them? How might stressors—especially ones that we can’t readily see, and even ones that we might be inadvertently be creating—be affecting the child’s mood, thinking and behaviour? And we’d look at all aspects of experience, not just their thinking and “choices.” If we can mitigate the stressors that block children’s motivation, they just might come around on their own. Even if, when the child comes around, we still see a need to reason with or motivate them, those strategies are more likely to work when we’ve addressed the stressors lurking in the background.

Now consider Brianna, a fidgety, nine-year-old who’s always getting out of her seat and moving around the classroom when we want her to be sitting still and listening. We could try SMART goals (Specific, Measurable, Achievable, Relevant, Time-bound). This is a well-worn cognitive approach that some people swear by.

“Brianna will ask for permission to leave her seat four out of five times.”

“Brianna will remain in her seat for at least 15 minutes when she comes in from recess.”

These goals lay out clear expectations with measureable deliverables that can be rewarded when Brianna succeeds. And we could adjust them as her ability to sit still improved.

But what if the problem was that she couldn’t (rather than wouldn’t) sit still? Maybe movement was Brianna’s way of self-regulating, because, for example, she was more sensitive to, and therefore more stressed by, the noise or visual environment in the classroom. Maybe moving around reduced the stressy inner feelings, making it easier for Brianna to focus. But isn’t her constant movement a distraction? OK. So help her find a non-obtrusive way to move—a stationary bike she could hop on, or a line she could walk at the back of the classroom. Maybe Brianna could have regular movement breaks. Maybe we could reduce the noise and visual stimulation in the classroom. These external changes would address stress in other domains that affect Brianna’s functioning in the cognitive domain. SMART Goals only look at the cognitive level. But a Self-Reg approach to self-regulation opens the window to increased understanding of Brianna’s needs, along with ways to focus on what needs to change other than Brianna herself. That might even include asking ourselves whether our need to have Brianna sit still all the time privileges our own stress (e.g. anxiety around letting a kid “get away with something”) over hers, the stress of sitting still.

Another example. Seven-year-old Jaxon is more easily overwhelmed by big emotions than his peers. That often leads to meltdowns where Jaxon bolts from the classroom, sometimes hiding in places where it’s hard to find him. Even a fairly “enlightened” self-control approach, based on social emotional learning would be mostly cognitive, and would focus on how to change Jaxon. We’d try to teach or incentivize him to control those big emotions. We could educate Jaxon about his feelings and have lots of good talks in the aftermath of meltdowns. We could teach him the language of emotions and try to help him express his big feelings in words rather than lashing out or running away. All good stuff. And it might be helpful. But what if it doesn’t work because the underlying conditions (stressors) that caused the emotions, and more importantly, impaired his ability to manage them, were still in place? Again, with the narrow self-control version of self-regulation all we’re left with is trying or pushing harder, getting frustrated, or giving up on teaching and just trying to keep a lid on the boy, in hopes that one day he finally gets it.

Is it realistic to expect kids like Brianna and Jaxon to learn to regulate themselves on their own, with our contribution consisting mainly of external pressure and monitoring? I think not. These kids need the help and support of adults who understand them, co-regulate with them and, gradually, help them learn what self-regulation strategies work for them.

Last, but not least, the self-control approach keeps us from seeing that bolting from the classroom, is actually how Jaxon self-regulates.  Perhaps fleeing the scene is the only strategy that he thinks will help him deal with those big feelings. Except that bolting is what Dr. Shanker calls a maladaptive strategy. What makes it “maladaptive” is that, while bolting reduces Jaxon’s immediate stress, in the long run it fills his stress backpack with more stressors— missed social connections, disruptions to learning, negative responses from adults and classmates. What if the reason he bolts is that he is unable to navigate to the social-engagement and co-regulation with peers and adult that would not only reduce his stress, tension and negative feelings, but also give him a way to restore. Restoring through connection with adults and kid who help him feel safe would replenish the brain/body energies that helps Jaxon to feel good inside. That would enable him to learn and grow, with positive support from his teachers and friends, as opposed to staying caught in a stress cycle where he becomes increasingly disconnected, hyperaroused and on edge. It would also give his teachers a positive way to influence the situation by changing their own behaviour (easier than changing someone else’s behaviour) by initiating co-regulation that will help restore the child’s good energy.

This last point also relates to one more problem with the self-control model of self-regulation. Strategies based in self-control burn children’s energy without providing a way for them to restore! Listening to reprimands and being asked to comply (even when necessary), being pushed to work hard or  being made to “practice”  something you’re not good at (e.g. impulse control) depletes children’s energy and makes them tense.

In order for kids to “benefit” from or implement what they are supposed to learn from self-control-based strategies—which, frankly, are not likely to disappear any time soon—children need to have ways to reduce the tension and energy drain of effortful control and restore their good brain/body energy. That’s the energy that fuels curiosity, social engagement, learning, growth, friendship and all sorts of other good stuff,  and, yes, even the capacity to go along with social norms and meet adults’ expectation.  But a self-control approach doesn’t take energy and tension into account, and that helps explain why it fails so often with the most challenging kids.

Bottom line, a more holistic approach to self-regulation gives us many more options and a broader framework for understanding and supporting children’s learning and development.

The Self-Reg definition of self-regulation does not throw self-control under bus, it just looks at a bigger picture. That’s why we’re right and everybody else is wrong LOL.

But more to the point, that’s why we have to engage the world in conversations about why self-regulation needs to be looked at in a broader sense than just self-control. Our model will actually give people more tools for working with all kinds of kids. I suspect that the more enlightened self-controlists already sense this on some level. And I’d bet that most of them do have a sincere desire to understand kids’ needs. And I’d even bet that many of them use Self-“Regish” strategies at times. I’m noticing that more and more people out there are espousing approaches that are similar to Self-Reg, albeit using different lingo. And some of these folks base their thinking on many of the same scientific underpinnings as Self-Reg. So the world is ready for a better, more useful and helpful definition of self-regulation that takes us back to its scientific origins. And we’ve got it. Let’s talk about it!

Check our Level 1 online courses: Self-Reg Foundations  Self-Reg in Early Childhood Development, Self-Reg Parenting, and Feeling Stressed: A Self-Reg Course for Teens. Or dip your toes into Self-Reg with our 7-Day Self-Reg Challenge.