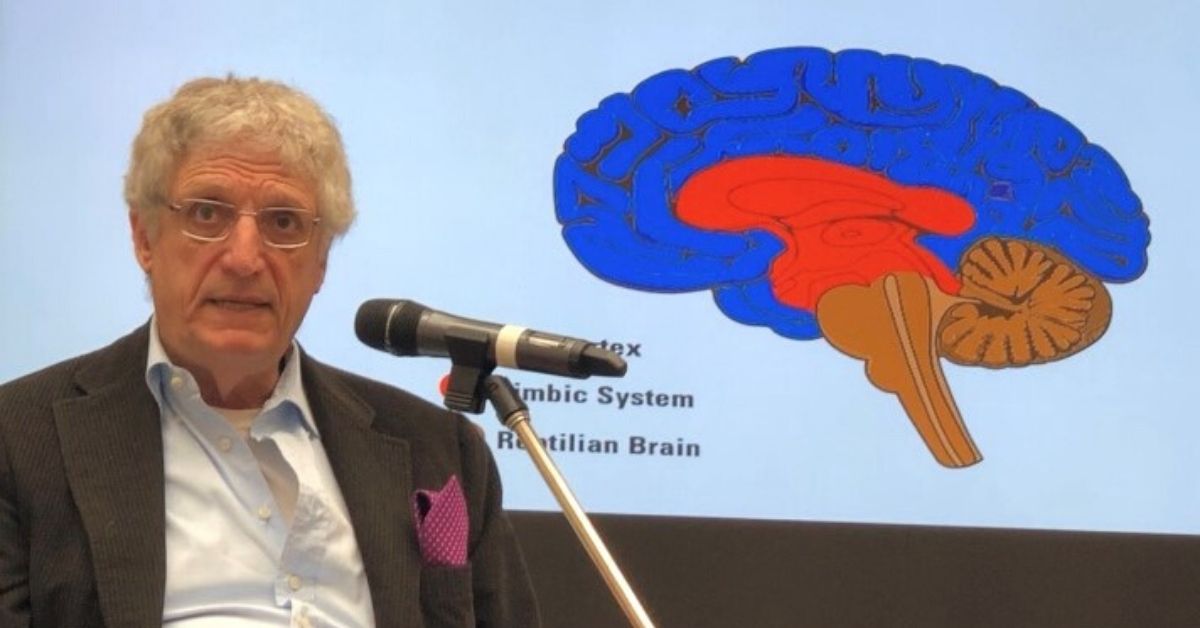 I have many reasons to look forward to the Self-Reg Summer Symposium each year. One of them is meeting people: I work on my own out of a home office, so I don’t get the daily face-to-face contact with colleagues and clients that is one of the social benefits of going to a work at an actual workplace. Attending the Symposium means that each year I get to meet some really cool and interesting folks.

But one of the things I really look forward to each year at our Symposium is seeing Stuart Shanker speak. You might think that since I work for TMC, I see him present all the time, but in fact, SRSS is the only place I’ve ever seen Stuart present. And as those of you who have seen Stuart speak know, he is a uniquely compelling presenter.

I had heard this for several years before I first saw Stuart speak in person. People would tell me, “He’s an amazing speaker, really special.” But I never experienced the full impact of a “Stuart Shanker” presentation until the first time I saw him speak, which was at the very first Summer Symposium in 2015.

There is something fascinating about the way Stuart presents. For one thing, he really does not stick to the script. He has an impressive ability to (how do I put this?) — go off topic in order to stay on topic. He is quite willing to be interrupted – in fact, he invites interruptions. He will follow a digression, based on a mid-presentation question from the audience. Those digressions are always interesting and worthwhile, and he always finds a way to get back to the flow of his presentation.

The other thing that becomes obvious when you hear him speak is how incredibly well-read Stuart is. Self-Reg is his concept and framework, but it draws from an innumerable number of sources, which he is constantly referencing. I’m always thinking, “How does such a busy man find time to read all these books?” and “How fast does this guy read?!”

There’s also something about the way Stuart concentrates. Every once in awhile he’ll pause and say something like, “OK. I just want to make sure I phrase this right, because it’s really important.” The way he introduces concepts has a way of putting you right on the edge of your seat. Here’s this really smart guy who, rather than dispense his well-rehearsed, and probably oft-repeated, words of wisdom, is continually grappling with the right way to express himself, right up until the last second before he speaks to you.

Every time I’ve seen Stuart present, he finds a way to specifically mention and affirm two or three people in the audience. You might think that’s just a speaker’s trick: say something nice about a few audience members to get them on your side. But Stuart always says something substantive – often something he learned from that person or some innovative thing they are doing with Self-Reg. I’m sure it makes those people feel like a million bucks, but it also shows the audience that Stuart’s ideas are not just all about him. He’s constantly learning from others and he wants to know what you think. Sure, it makes you like him, but it also helps you trust him.

Lastly, there are always surprises. Look, I have a pretty good idea of how Stuart thinks and what Self-Reg is all about. I read all his stuff, and I’ve read some of the background research that has contributed to the Self-Reg framework. I can sometimes guess what he’s going to say. But every single presentation of his I’ve seen has had a surprise or two. Those surprises are always interesting and thought-provoking.

Stuart once told me he sees himself as a revolutionary thinker, which means that his ideas are constantly evolving. He’s not the kind of guy that spends years refining his approach before presenting a finished, unchanging product to the world. He’s constantly learning and adding more. And when you see him speak, you get a sense of that revolution in progress.

It’s an awesome thing to watch. If you haven’t yet seen Stuart present, I hope you get the chance to see him at our Symposium this year, or at one of TMC’s other events in the coming months. If you’ve already seen him speak, I’m sure you know exactly what I’m talking about.