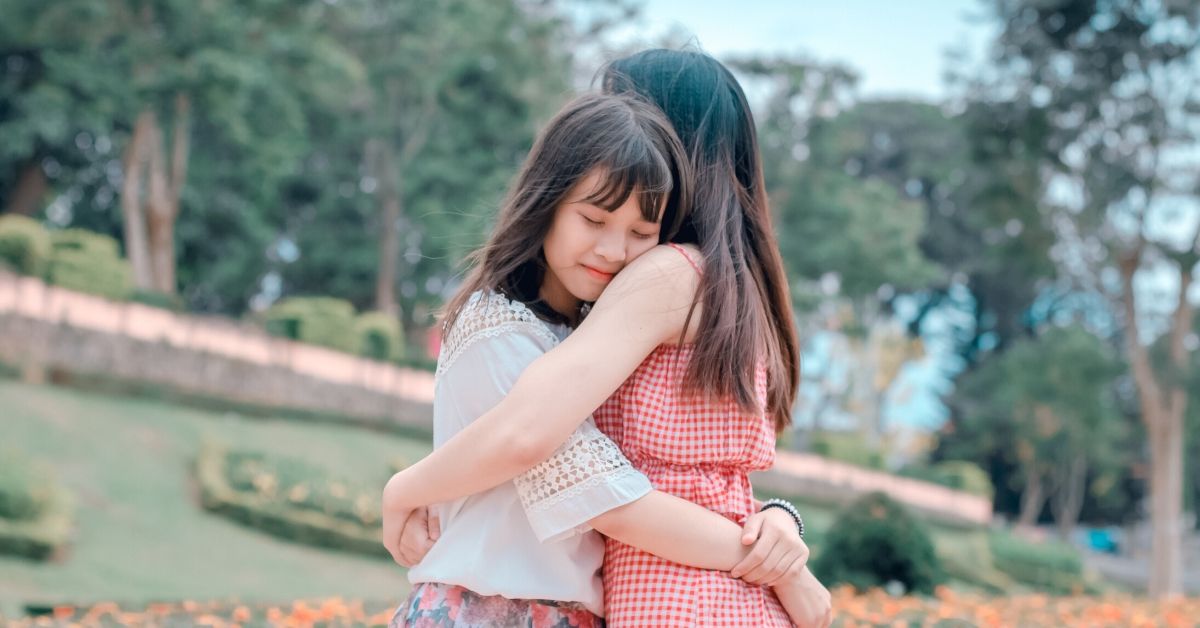 How many times have you really needed and wanted to support a stressed out person, only to find that your supportive words just didn’t do the trick? (Pick me!)

I’m sure we’ve all had this experience. It’s not always easy to find the right words to say to someone in distress, particularly when their stress is creating prosocial stress for us.

Recently, I read an interesting article about some research that suggests we tend to overestimate the power of words to soothe other people’s distress.

In three different studies, researchers asked subjects to rate statements that were supposed to be supportive. Guess what? People couldn’t agree on what statements were the most and least supportive. A statement that some people rated as supportive was rated as unsupportive by lots of others. This was true for children in one study, and it also held true for adults in another. Even a group of psychologists and psychology graduate students couldn’t agree on the supportiveness of the different statements. The researchers concluded, “Comfort then, is in the ears of the listener, not the words themselves.”

Looking at these findings through the lens of Self-Reg—well, my Self-Reg lens—I’d say these findings should remind us that the “ears of the listener” are highly variable and influenced by many factors, including the person’s brain state and non-verbal communication that is taking place via the Interbrain.

If you haven’t heard that term before, the Interbrain refers to British psychiatrist Digby Tantam’s theory that there is a sort of direct brain-to-brain communication that takes place between people, outside of the realm of words and intentional thought. So, if you’re saying or doing something meant to be supportive to someone, the words sometimes matter less than the Interbrain communication. If the other person, rightly or wrongly, picks up something unsupportive—critical or exasperated—in your attitude, body language, tone of voice or whatever the Interbrain picks up, your attempt to be supportive can be interpreted as a threat.

We all know from experience, as both givers and receivers of well-intentioned verbal support, that words can backfire. How often have you said something that was meant to be supportive, and practically had your head bitten off? Or perhaps someone’s supposedly supportive words made you even more tense or upset because you weren’t able to take in and use them at that moment.

Another key factor in how our words will be interpreted is the level of dysregulation in the listener. Stressed out people are usually in a “red brain” state. That makes them much more likely to misunderstand or completely misinterpret verbal statements. So well intentioned words feel like a threat—a criticism, or pressure to be strong at a time when they feel completely incapable of being strong.

Here’s yet another factor to complicate things. In some cases, what we say in situations like this may be at least partly about the need to relieve our own prosocial stress caused by the other person’s distress. If we say just the right words and the other person starts feeling better, we reduce the tension and discomfort caused that prosocial stress. I’m not suggesting people decide to support others solely out of a selfish desire to reduce their own stress. But our own prosocial and emotional stress is a relevant factor. I wonder if part of the dynamic that sometimes derails our attempts to soothe with words might be our intense need to see the person feeling better.

Of course we don’t only rely on words to help other people deal with stress. We use actions too. We try to fix the problem or resolve the situation that’s causing the stress so the person doesn’t “have to” feel bad any more.

These are not wrong things to do. Sometimes problem-solving or supportive words are necessary and very helpful. But they can also backfire when our words or deeds don’t mesh with the vibes the other person is picking up via the Interbrain, possibly because our own stress is affecting our tone of voice, facial expression and body language. And then sometimes the other person is simply too dysregulated to take in what we are saying.

One example in my own life happened on a day not long after the birth of our second son. My wife was in classic “tired and overwhelmed new mom” mode. I was trying to be the “Mary Poppins” supportive new dad. I fed her. I did laundry. I tried to keep the house relatively orderly. I looked after the baby so she could nap.

However, in fairly male fashion, I was mainly focused on trying to identify and “fix” or prevent every problem, so Holly would have no “reason” to feel bad.

When she did have a bit of a new mom meltdown that day—a quiet weepy one rather than an angry one—I was actually kind of put out. So I tried to fix the meltdown too, partly through the right words. But my words backfired. It was almost as if Holly took them as pressure to not feel the way she felt. And she most likely sensed the frustration I was trying to hide. At one point she finally burst out with, “Stop trying to make me feel better, just be nice to me while I cry.”

Wise words. They come back to me regularly when I’m trying to support a distressed person by “fixing” their problem or finding just the right words to say, but it’s not working.

The point here is not that words are useless or the wrong way to support people. It’s that we overprivilege words as the alpha answer to someone else’s stress.

Being mindful of what’s going on with the Interbrain is a good start. The classic Self-Reg questions Why? and Why now? should help as well. Both pull us away from thinking about what this stressed out person “should do” or “needs to hear,” and points us more in the direction of understanding their stressors. When we tune into someone’s stress, rather than the quick fix that makes sense to us, we’re much more able to figure out what they need from us, and also how to recognize and adjust when we aren’t getting it quite right.